Just put the last of the new photos from Kent County onto the site, rounding out several weeks of page updates and additions covering all Delaware state routes between Smyrna and the south end of Sussex County. The revamp also includes a few more source citations, and more concrete dates based upon the DelDOT map archive.

Many of these pages were written in the early 2000s, with minimal attention or changes since then. The original highway guides were based upon personal observation, recollection of news paper articles, and a growing map collection. There was also little in the way of road photography taken for pages covering routes further Downstate in Delaware.

Over the holidays I made a concerted effort to redocument many of the New Castle County routes for an intended revamp of the dated pages there. I was able to get south to Kent County and Dover once on an afternoon photo excursion and then again on our way out of the state on New Year’s Day. An impromptu return trip two weeks later afforded me the opportunity to drive further south in the state, fulfilling a long term goal to drive every mile of my home state’s numbered route system.

Working with the short days of mid January I was able to cover a lot of ground, focusing on the east-west routes along the US 13 corridor and then wrapping up SR 30, the lone north-south route between US 13 and US 113. The second day took me to southeastern Sussex County and the Delaware Beaches, then north to Millsboro and Milton. I also finished driving the east-west routes linking US 13 and US 113, including fully documenting the west end of US 9. 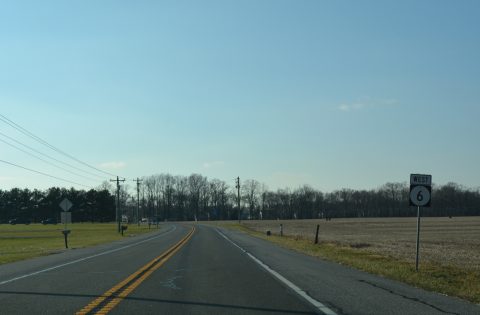 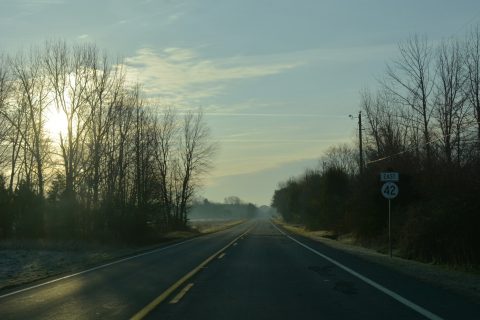 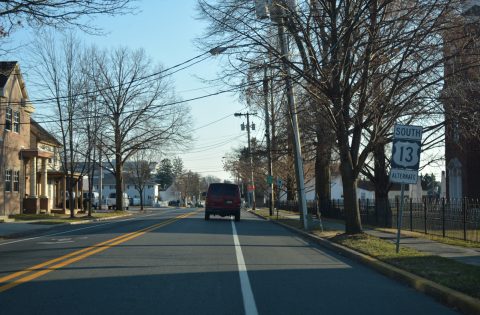 Not many of the older style shields for U.S. route remain in Delaware. This assembly is located along U.S. 13 Alternate (Governors Avenue) south of North Street in Dover.
U.S. 13 has four auxiliary routes posted in the state. Photo taken 12/28/16. 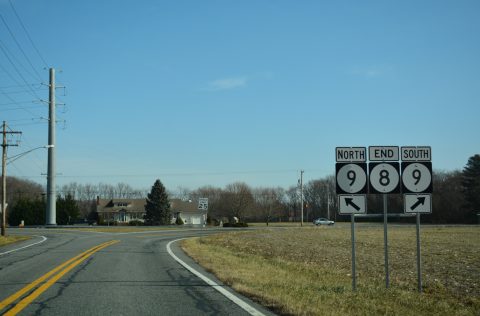 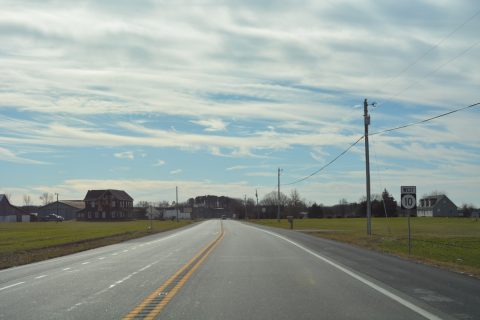 Rural scenery along Delaware 10 west after the intersection with Delaware 10 Alternate near Petersburg. Photo taken 12/31/16. 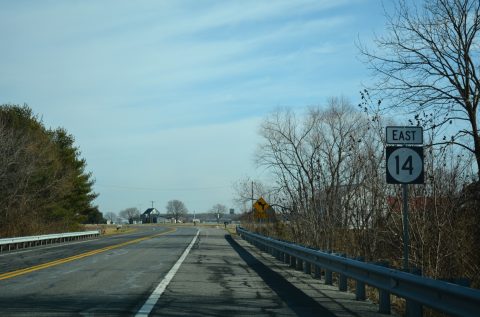 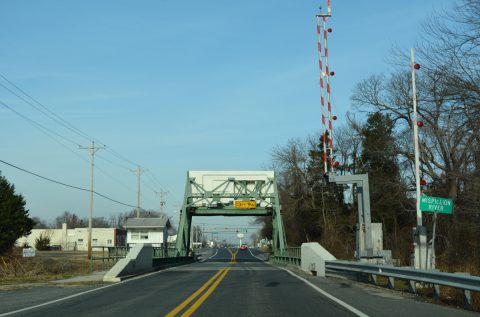 Was surprised that very little of the Sussex County east-west routes are four lanes wide. Several studies in the 1980s and 90s focused on increasing beach traffic during the summer months, mainly surrounding the SR 404 corridor extending east from Maryland 404. Yet beyond a realignment onto a two lane road north of Bridgeville, very little has changed with even that busy highway. At the very least, a bypass of Georgetown, where SR 404 combines with U.S. 9 at The Circle in Downtown, should be implemented.

Other Sussex County long term upgrades involve upgrading US 113 into an expressway. These included new alignments around Millsboro, Georgetown and Millsboro. Community opposition however appears to have dissipated limited access highway options going forward. Through some of the research I conducted, the new alignments perhaps were not the most ideal, with a bypass of Millsboro focusing on areas to the east (see page 21), including across the Indian River, as opposed to more open agricultural areas to the west.

The latest upgrades outlined for the U.S. 113 corridor consist of adding interchanges along the existing roadway, removing crossovers, and constructing a new two lane SR 24 Connector leading east from SR 20 and US 113 outside Millsboro. The interchange concepts will be similar to the Thomponsville Road exit opened along SR 1 in November 2016. That exchange is sandwiched between several car dealerships and private driveways. 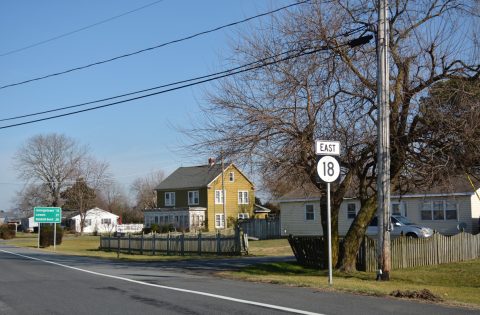 SR 18 used to extend all the way across Sussex County to Lewes. U.S. 9 superseded the route east from Georgetown, while SR 404 overlays it just east of Bridgeville. Photo taken 01/15/17. 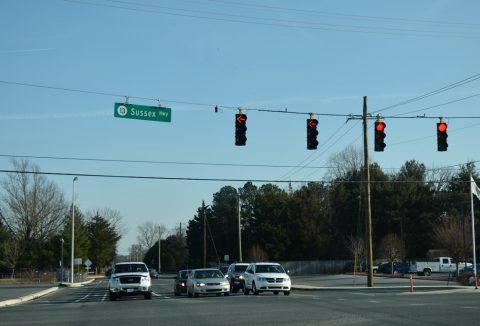 Newer street sign assemblies posted at numbered routes throughout Delaware now include a route shield. Included are signs referencing U.S. 13 as SR 13, such as along Herring Run Road east at Sussex Highway in Seaford. Photo taken 01/15/17. 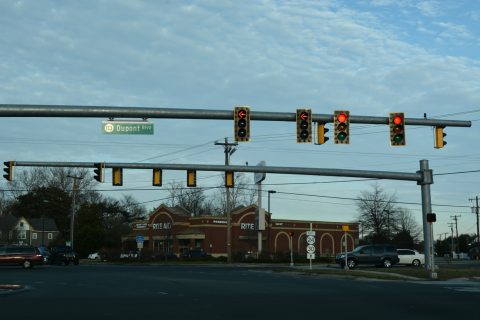 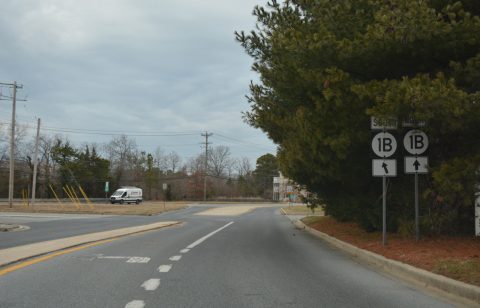 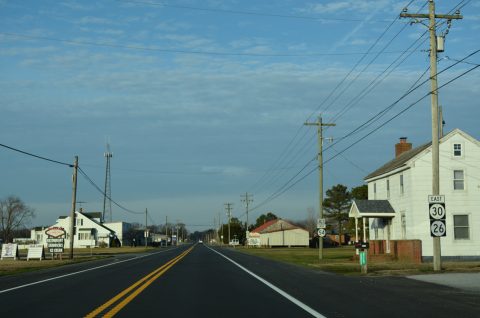 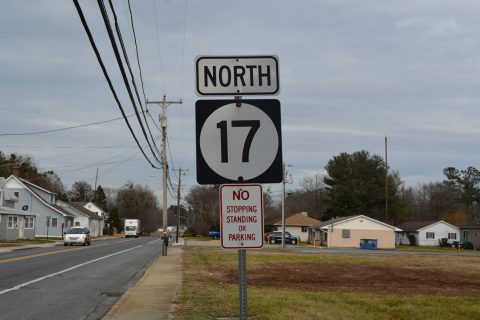 Since there were no shields posted along Delaware 17 southbound, I parked and walked across Bethany Road to shoot the first northbound marker in Selbyville. Photo taken 01/16/17. 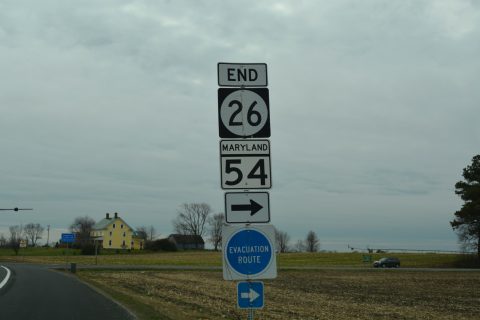 SR 26 is one of several routes marked from the Maryland state line to the Delaware Beaches. It overlaps with SR 30 and 54 south through Gumboro to end as SR 54 becomes MD 54. Photo taken 01/16/17.

The Interstate and U.S. Highway pages state wide were previously revised in 2015 and 2016, and will also be updated to include new photos. Going forward, I will continue to upgrade and rewrite the remaining html pages for state routes across New Castle County.