Home » On The Road » Melvin Amstutz
Previous Next

The Amstutz Expressway (known as “the Amstutz” and “the road to nowhere”) is a portion of Illinois State Route 137 north of Chicago that runs along the Lake Michigan shoreline. Originally intended to be a relief route for I-94 and run from Chicago north into Wisconsin, the road was never completed and today only small two portions exist: a short stretch in North Chicago and another through Waukegan. The North Chicago portion was renamed in 2010 after mayor Bobby Thompson. 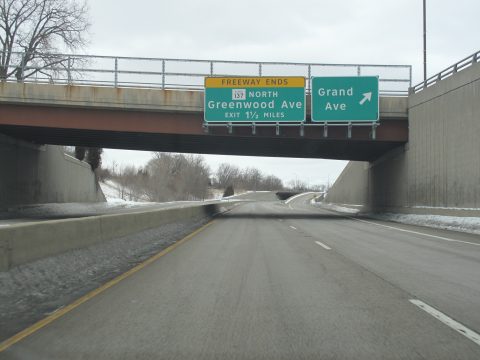 The Waukegan portion is about two miles long and gets fewer than 15,000 cars per day – mostly Abbott Labs employees commuting from points north. The factories and industrial areas on the lakefront that the freeway was intended to serve have since closed. Due to its short distance and ease of blocking off, the expressway has been the filming location for a number of productions including The Blues Brothers, Ordinary People, Planes Trains and Automobiles, Groundhog Day, and Batman Begins.

The road was named after Melvin Amstutz, a former Lake County highway department director. Melvin died before the groundbreaking, and never got to see his namesake road. 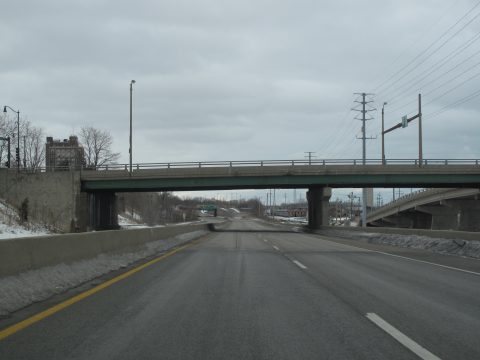 The expressway portion in Waukegan has a single junction at Grand Avenue. The portion of the freeway to the south of that point opened in 1974, and separates the downtown area from an ageing industrial area on the lake. North of Grand, the road opened in 1990 for a total cost of about $60 million. It is an interesting remnant of freeway planning lagging behind industrial reality, and is worth a look. 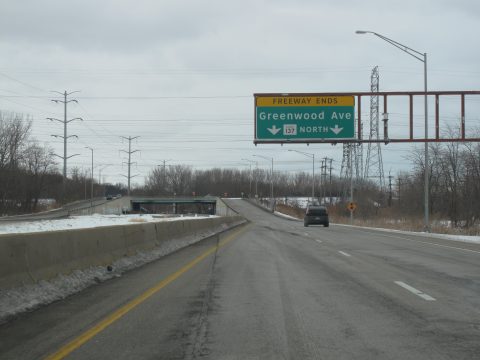 The uncompleted north end of the expressway in Waukegan, featuring a half-completed SPUI.

About the Author: Justin