Mr. Mayor…Tear down this freeway

That is the cry of the Onondaga Citizens League about Interstate 81 in downtown Syracuse. Built in the 1960s, the aging viaduct is nearing the end of its lifespan, begging the question, do we repair it for $100 million or tear it down and build something else? Supporters of the demolition plan cite Milwaukee’s 2002 removal of the Park Freeway spur leading east from Interstate 43. That freeway, constructed in 1969 as a viaduct, was removed at a cost of $45 million and replaced with a new surface boulevard. Following the work, some development replaced adjacent parking lots and industrial lots as land values increased by some 180 percent. 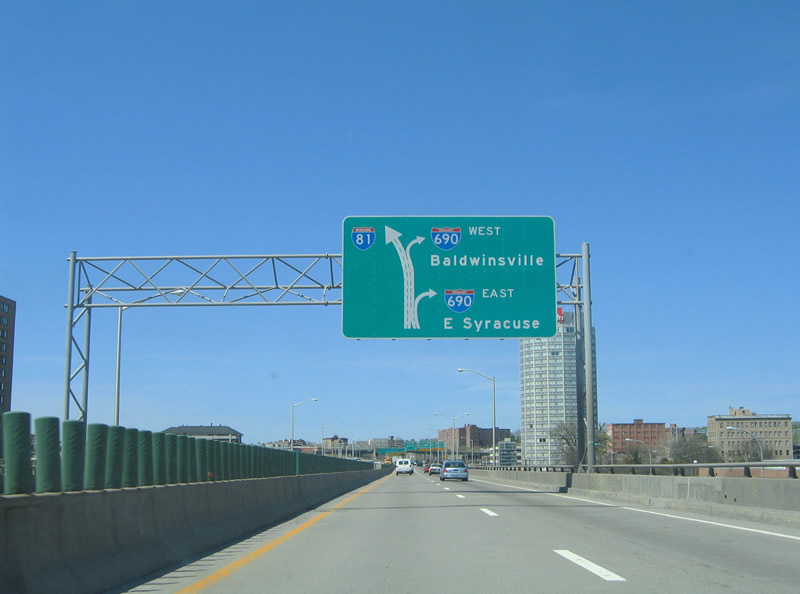 Interstate 81 northbound along the viaduct over Harrison Street. 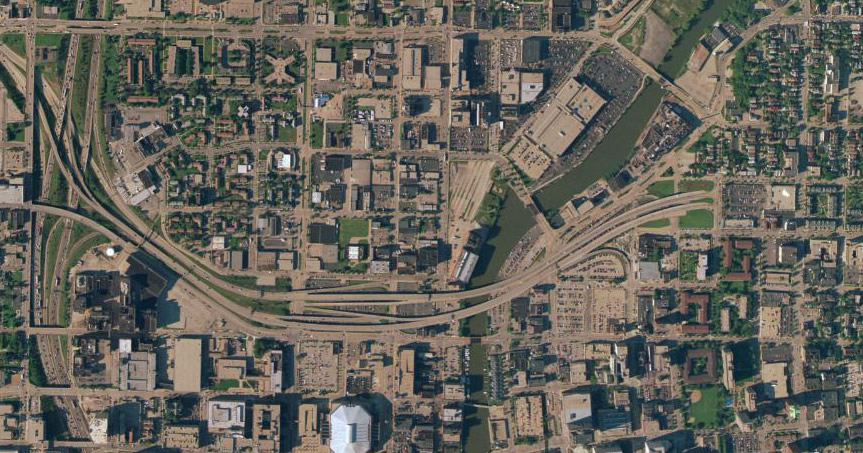 The Park Freeway before demolition (2000).

Post-demolition of the Park Freeway.

A surface boulevard can enhance a neighborhood or city district, but does it address commuter needs the way a controlled-access route does? The Park Freeway example cites the new McKinley Avenue as its replacement. What news articles neglect to indicate when mentioning the Park Freeway project, is that it was an incomplete freeway spur, like the Embarcadero, that did not connect to any other high-speed route. What is different for Interstate 64 in Louisville and Interstate 81 in Syracuse, is that both routes play pivotal roles in long distance travel, not only joining the cities in question with surrounding areas, but also adjoining states and regions. Shoving all of the traffic to a bypass route is not necessarily the answer either, when a good portion of the daily traffic originates or ends within these cities. 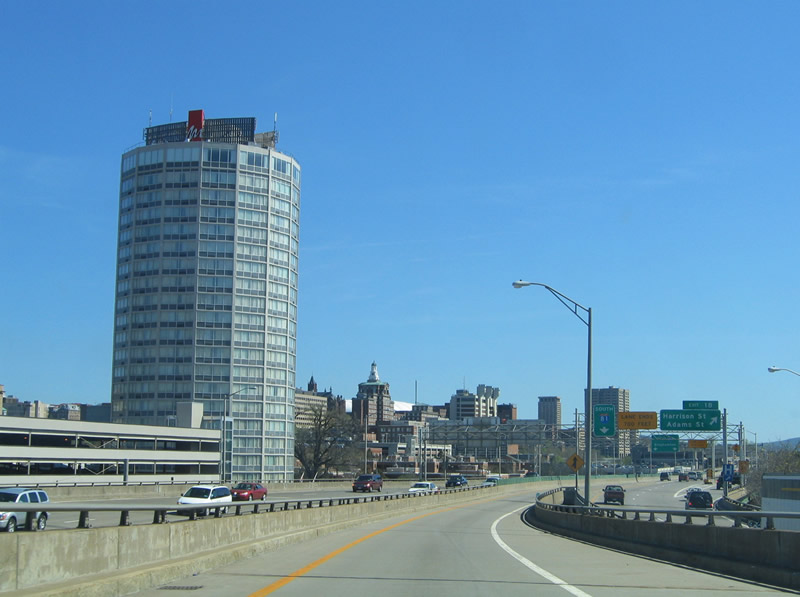 Interstate 81 elevates over the street grid from the brief its partition with Interstate 690 southward.

Onondaga Citizens League will release the findings of its study in February 2009. It is unclear presently what government and transportation officials favor for these projects. In Seattle, the state Governor states that the Alaskan Way viaduct will come down in 2012 whether an alternative is decided upon or not, because of its age and damage sustained from earthquakes. Syracuse’s 1.4-mile viaduct will need to be similarly addressed before age and deterioration deplete funds and increase safety risks.