Just published the last of the page updates for the Orlando area toll road network. A number of these guides dated back to 2007, with photos taken on separate drives in late 2006. Among the major changes made in the ensuing decade include expansion of existing toll roads, construction of Wekiva Parkway, and the rebranding of the Orlando-Orange County Expressway Authority (OOCEA) to the Central Florida Expressway Authority (CFX). As the Orlando population continues to rise rapidly, upgrades to CFX and Florida’s Turnpike Enterprise (FTE) area expressways continues an effort to keep pace. 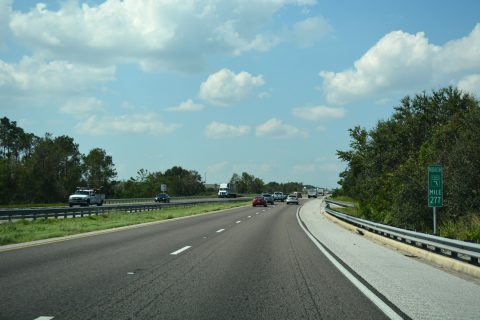 A new interchange opened along Florida’s Turnpike at Minneola in Lake County in 2017. The exit is expected to fuel economic and suburban development of rural areas to the north and east. The toll road remains rural in design with four lanes. However long range plans call for widening the northernmost 37 miles of the Turnpike with Express Lanes. Estimated to cost $700 million in 2016, and potentially extending over a 30 year period, the project will be partitioned into several phases. Construction on the initial seven miles, from SR 50 at Oakland northwest to Hancock Road (Exit 278) at Minneola, is expected to start in 2021.1 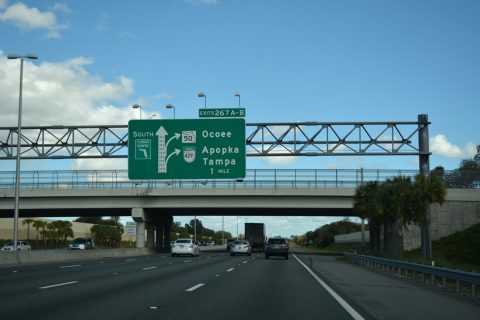 Several projects are underway along the East-West Expressway (SR 408).

Widening of the toll road between Exits 2 (Good Homes Road) and 4 (Hiawassee Road) adds an additional lane in each direction, including an express toll lane through the Hiawassee Main Plaza. Work wraps up this July.

The I-4 Ultimate Improvement Project includes widening of the East-West Expressway between Tampa Avenue (Exit 8B) and Downtown Orlando. The multi-year project completes the systems interchange between SR 408 and I-4 started in 2007. 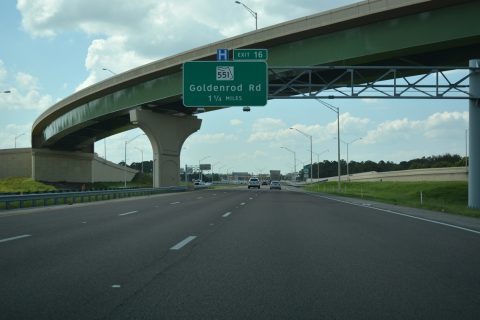 The SR 417/SR 408 Interchange project completes the upgrade of the systems interchange. The $90.7 million project adds a high-speed flyover from the GreeneWay north to the East-West Expressway westbound. Among other improvements, the southbound distributor roadway along SR 417 will be finished, with the loop ramp to SR 408 east rebuilt. Split between two phases, construction should be completed in fall 2019.

Construction starting in October 2017 expands a 3.24-mile section of SR 408 east from the Central Florida GreeneWay (SR 417) to Alafaya Trail. The two-year project includes ramp modifications at Rouse Road and the addition of an express lane in each direction through the Dean Road Main Plaza. 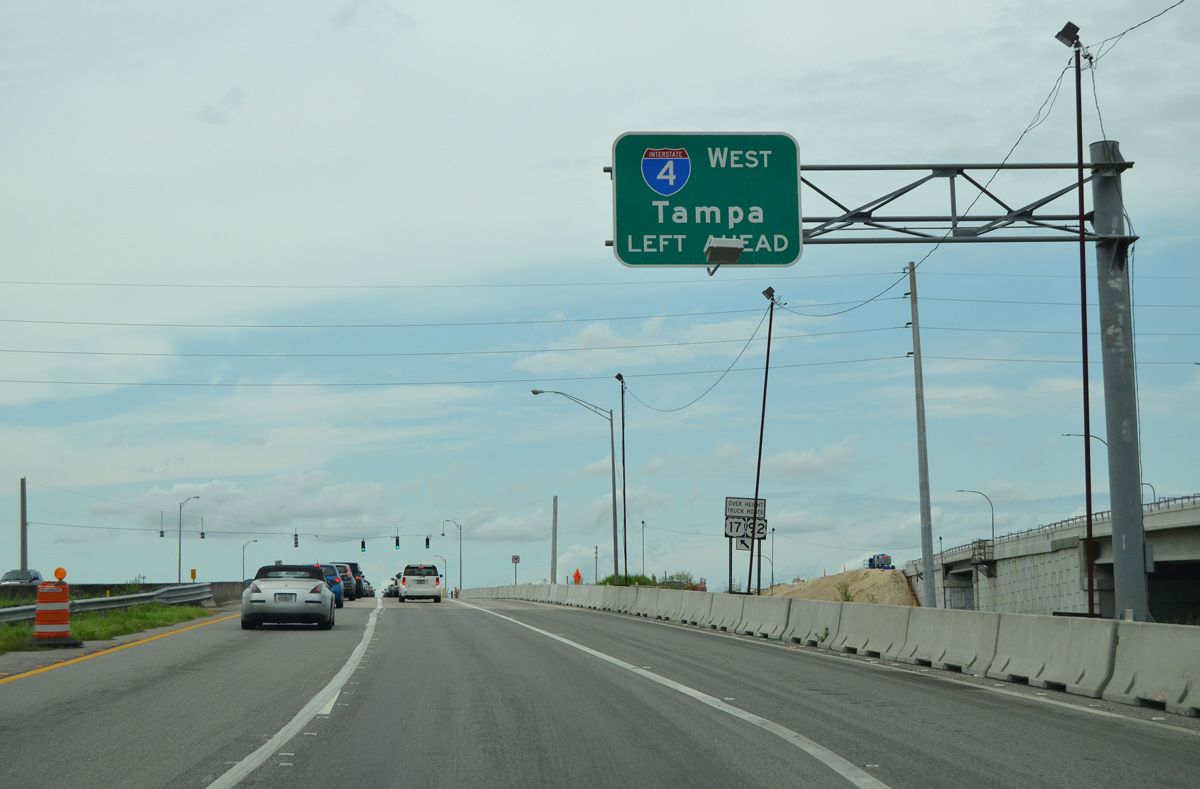 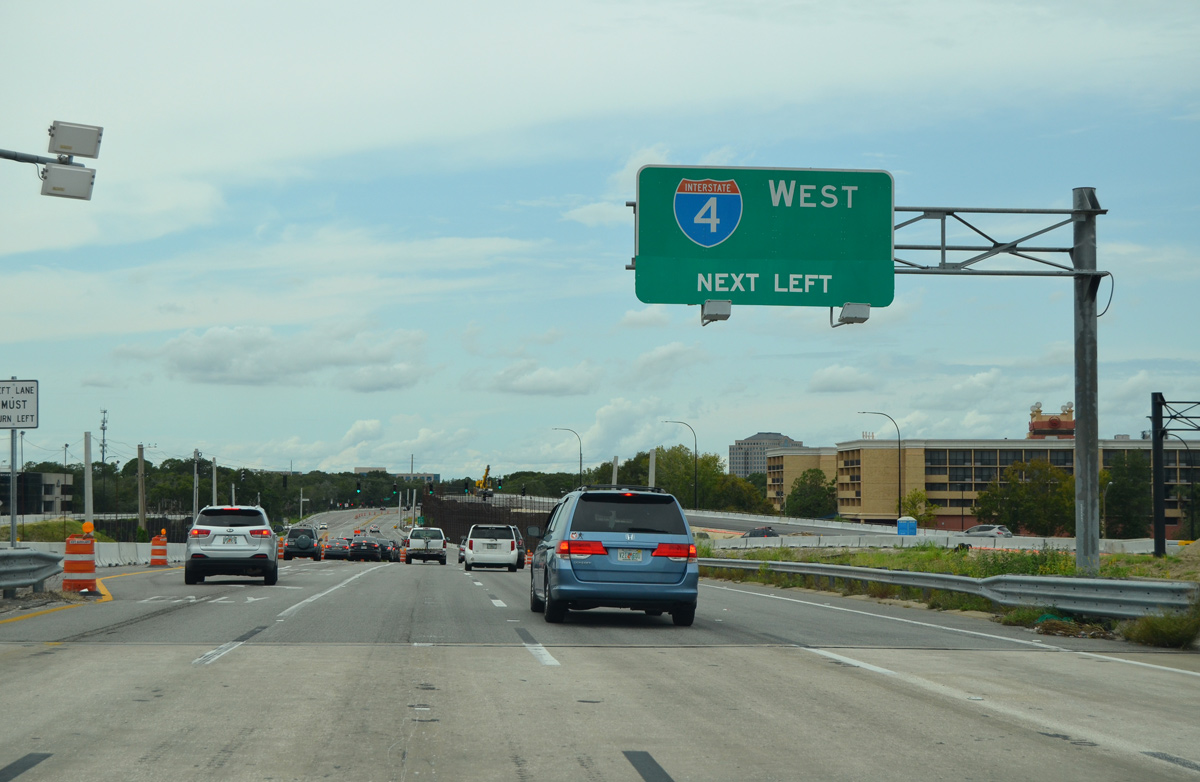 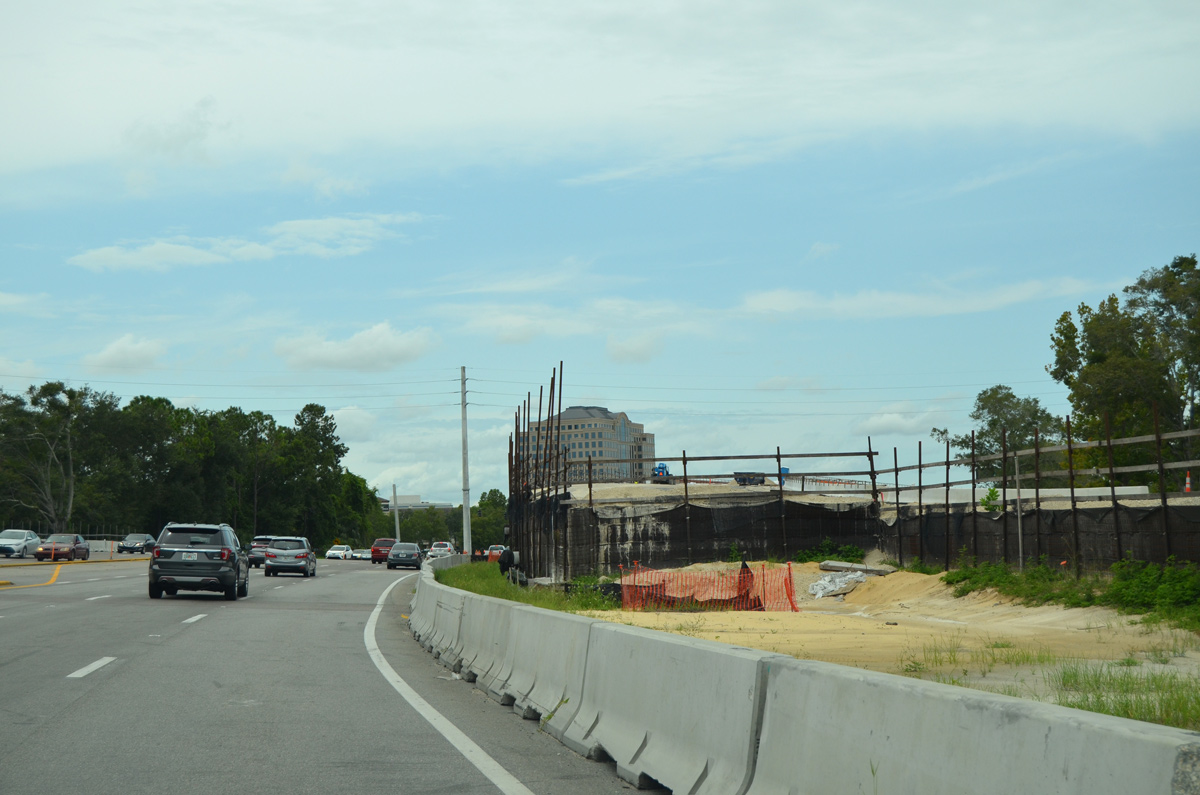 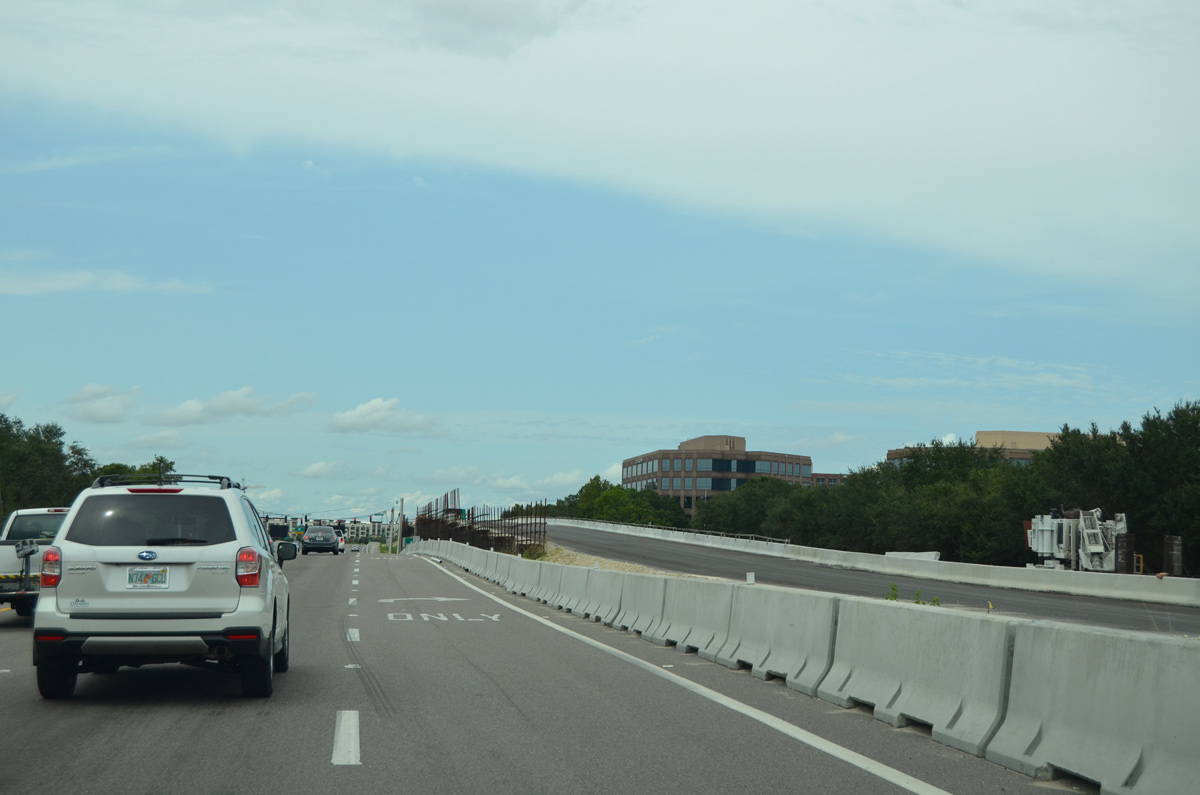 A major revamp of the SR 414 (Maitland Boulevard) interchange with Interstate 4 continues. The I-4 Ultimate Improvement Project redesigns the exchange to eliminate signalized intersections. Associated work upgrades a congested stretch of Maitland Boulevard west to Maitland Summit Boulevard into a grade separated roadway with exit ramps to surface arterials. 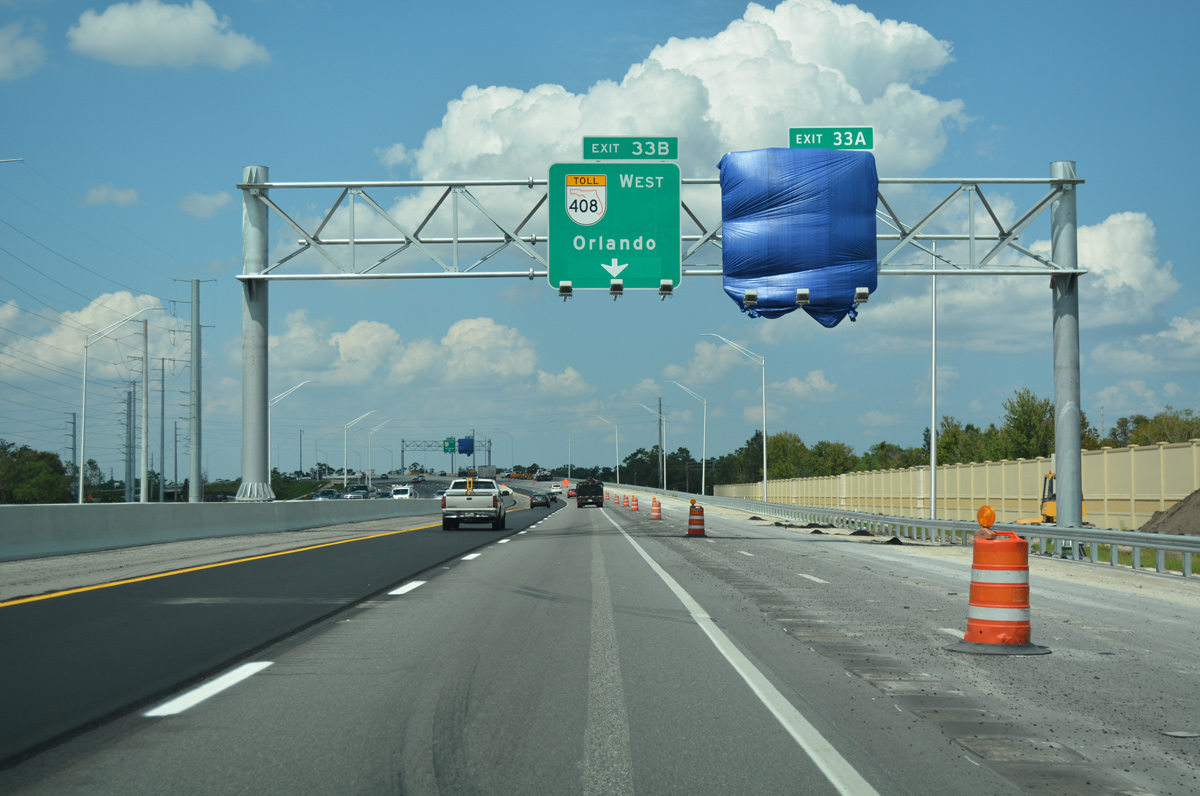 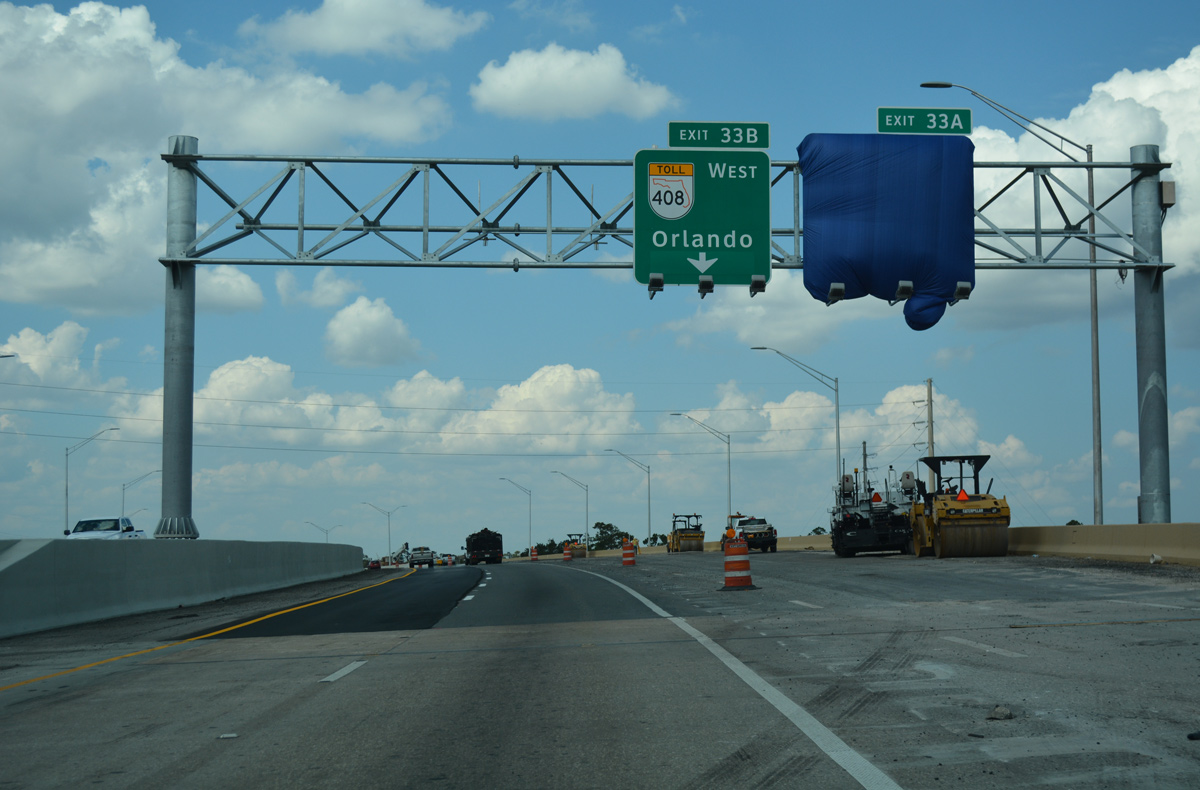 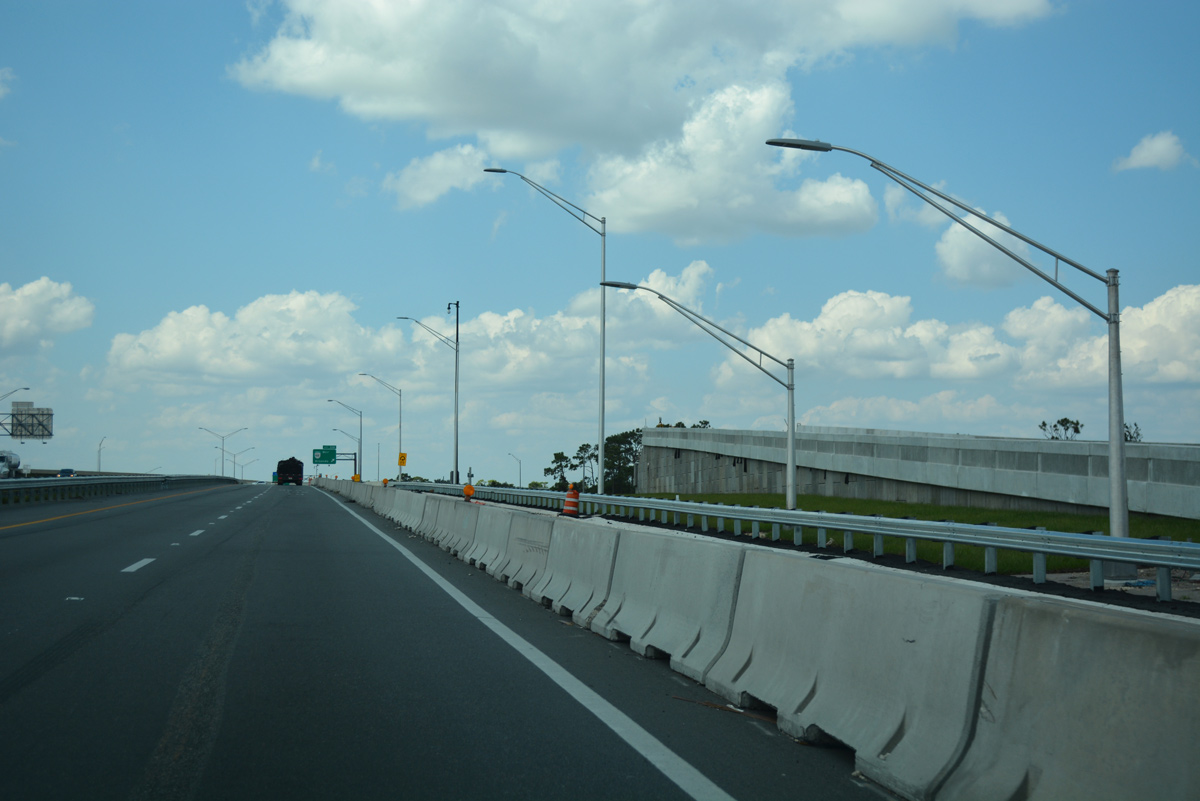 In addition to the ramp additions at the exchange with SR 408, work on SR 417 includes widening 1.6 miles of the Central Florida GreeneWay north from the Berry Dease Road underpass to the East-West Expressway. Further north expansion starts this spring on adding a lane in each direction to SR 417 along a 3.2 mile stretch south from the Seminole County line. Work at the University Main Plaza will replace a cash lane in each direction with an additional Open Road Tolling (ORT) lane. Costing $28.7 million, the project will take two years to complete. 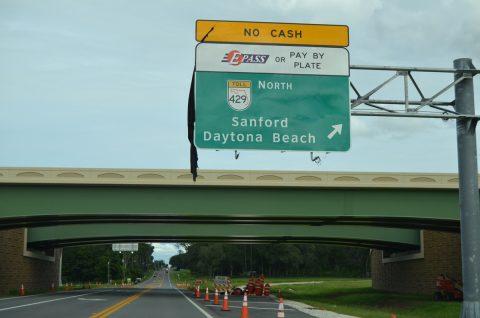 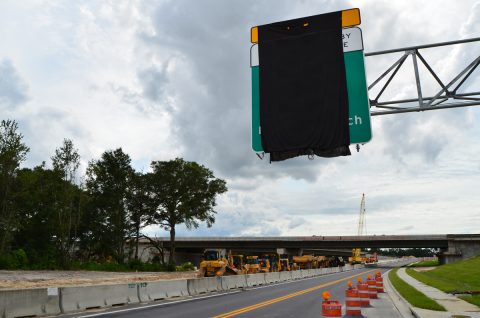 CFX opens its second section of the Wekiva Parkway on March 31, 2018. A grand opening ceremony and 5k run will be held preceding the debut of Sections 2A, 2B & 2C to traffic. The nearly five mile section includes a three-wye interchange with the Mount Dora Connector (SR 453), a freeway spur linking Wekiva Parkway with SR 46 west to Mount Dora in Lake County. Construction started on these segments in 2016.

Construction continues into 2019 on the $174 million SR 528/Beachline Expressway Widening from I-4 east to SR 482 (McCoy Road). Work adds two express lanes in each direction from Interstate 4 to Florida’s Turnpike (milepost 4), and an express lane from milepost 4 to McCoy Road (Exit 8).