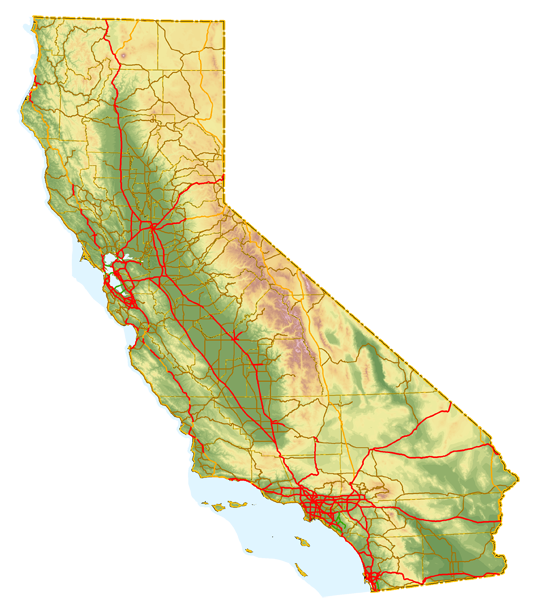 We have prepared a table of all of the state’s signed routes, listed in order from 1 to 980. Most assigned routes are between 1 and 299. Several of the routes are unconstructed; they are identified as such in the table. Just because a route is listed as unconstructed does not imply that the route will be constructed. It is entirely possible that future legislation will alter, truncate, or eliminate these unconstructed segments. Other routes may be locally maintained or signed as another route; those instances are also identified.

California Route Log (PDF) as compiled by AARoads. Please note that there is no affiliation between AARoads and the State of California.