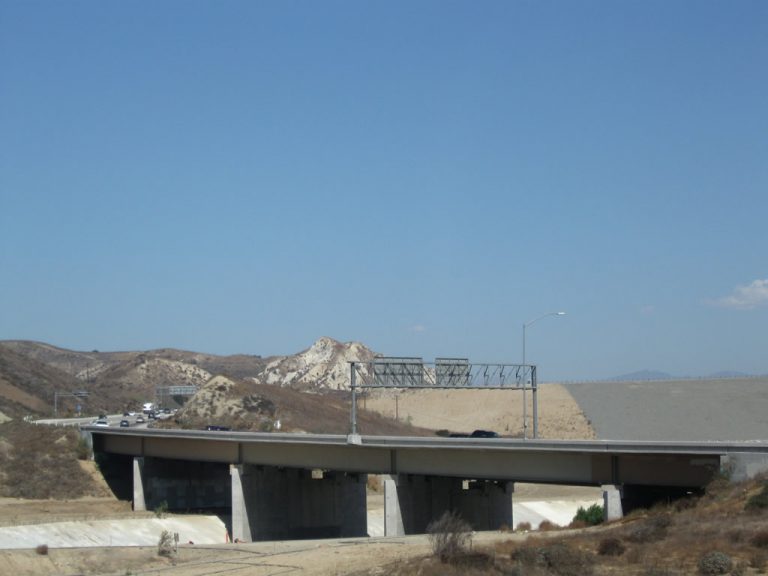 California 71 crosses over the Santa Ana River just west of Prado Dam and Corona and southeast of Chino Hills. The bridge dates to 1950 and was reconstructed in 1970. Photo taken 09/28/08.

The remainder of California 71, between California 60 (Pomona Freeway) and California 57 (Orange Freeway), is an older urban expressway with right in right out (RIRO) intersections with Old Pomona Road, North Ranch Road and West Phillips Drive to the west. $243 million in construction will upgrade the four-lane expressway to an eight-lane freeway between 2020 and 2023.1

Historically, SR 71 extended south to U.S. 80 in San Diego via Temecula and Elsinore. This route was superseded by U.S. 395 in 1935 northward to San Bernardino. Route 71 was redefined from Route 79 near Aguanga and Temecula. Construction of Interstate 15 replaced this section, and Route 71 northwest to Corona was dropped in 1974.2 SR 71 was formerly known as the Corona Expressway, but that name now applies to Interstate 15 (Corona Freeway).