Colorado 13 totals 128.07 miles from Rifle in Garfield County, to the Wyoming state line well north of Craig. Prior to 1984, Colorado 13 was cosigned in its entirety with Colorado 789, the Mexico-Canada Highway. Wyoming 789 is still in place north from Moffat County, Colorado. Heading north through Rifle, SH 13 begins at I-70 and bypasses the city center via an overlap with U.S. 6 west to the Rifle Bypass. The route follows Government Creek northwest from the city between the Roan Cliffs and Grand Hogback ridge to Rio Blanco. 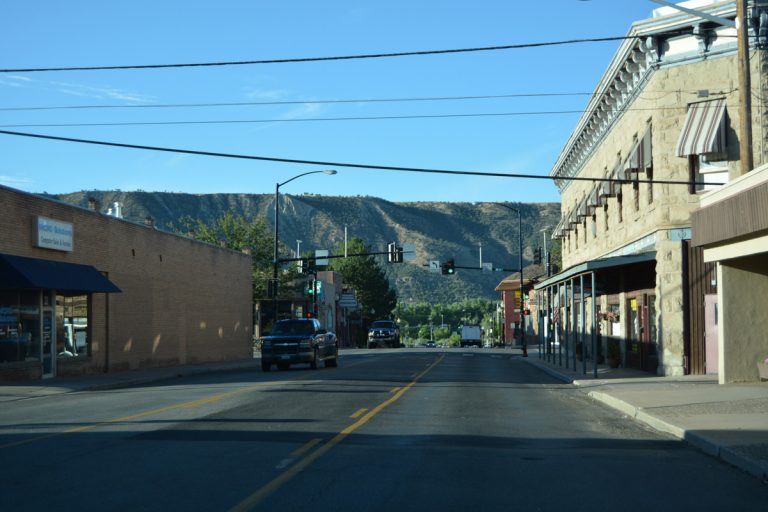 Traveling north along Sheep Creek and Grand Hogback ridge, SH 13 intersects the end of SH 64 at Powell Park, where it turns east to Meeker. A winding course north to Ninemile Gap continues the highway northeast to Axial Basin and Hamilton. Beyond the Williams Fork Mountains, SH 13 was relocated westward onto an alignment closer to the Yampa River and Big Bottom, from a route to Craig South Highlands and Ramsey Street into Craig. Heading into Craig, SH 13 overlaps with U.S. 40 along Victory Way to Downtown, where the two shift to a one-way couplet to SH 13 north on Yampa Avenue. The remainder of SH 13 traverses rural hills north to Fortification and Baggs, Wyoming.