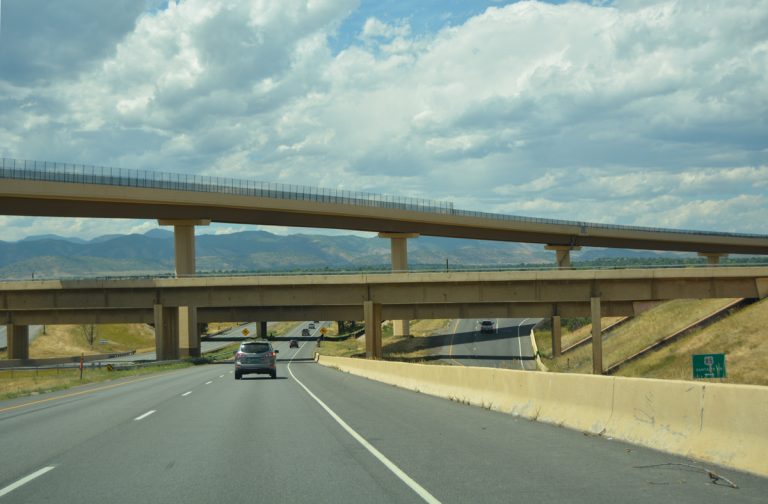 Colorado 470 is a state maintained freeway encircling the southwestern quadrant of the Denver metropolitan area. Referred to almost exclusively as C-470, contrary to E-470, the tolled beltway around Aurora and northeast Denver, the freeway serves commuter traffic around Centennial, Littleton, Ken Caryl Ranch, Lakewood and Morrison. The north-south leg of the loop is a scenic freeway, paralleling the Hog Back north from Chatfield State Park to Green Mountain. A northern extension joins C-470 with U.S. 6 at Golden as well.

Originally planned as Interstate 470, progress on the road was stymied in 1975 when Governor Dick Lamm halted construction. Lamm thought the six lane freeway would bring suburban sprawl, and instead helped shift federal funding allocated for the 470 loop into alternative projects, including the 16th Street Mall in Downtown Denver. Eventually Lamm supported the Centennial Parkway concept for the 470 corridor, an at-grade highway with four lanes and signalized intersections in place of interchanges.1

Work on Centennial Parkway started in 1982, but with public pressure, the design changed to include interchanges and access control. Construction totaling $270 million continued until 1990, with the 3.5 mile link between Ken Caryl Avenue and Bellevue Avenue being the last section of C-470 completed. A five-mile run and ribbon cutting ceremony on October 27, 1990 marked the occassion.2,3 Long range plans at the time called for expansion of the entire freeway to six lanes by 2010.1 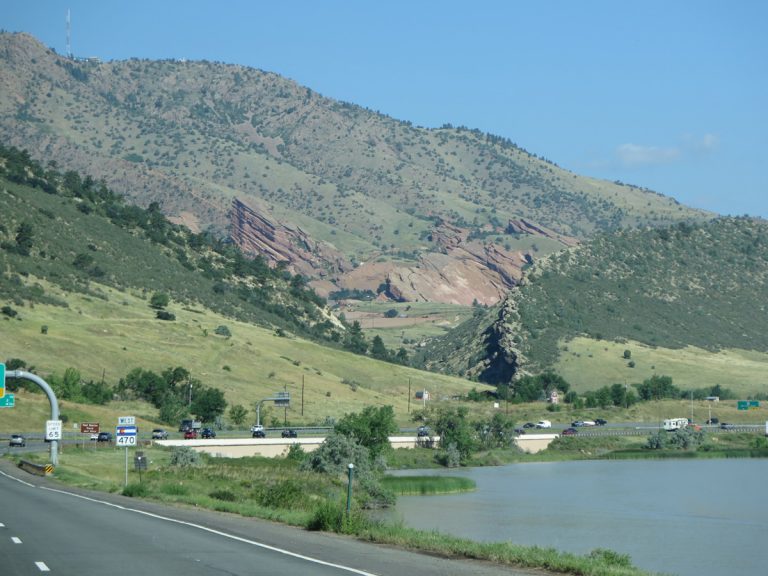 Construction on the northern extension of C-470 to Golden commenced in October 1997.5 Costing $21 million, the four lane spur north from Interstate 70 was dedicated by Governor Bill Owens on the morning of August 31, 2000. There were no formal plans at that time to extend it beyond U.S. 6 (Sixth Avenue).6

Discussion involving linking C-470 with the tolled Northwest Parkway (formerly W-470) continued through 2006, with public opposition in the city of Golden mounting. Demands from Golden included a maximum speed limit of 55 miles per hour, widening of SH 93 to just four lanes, and non toll lanes for local traffic. CDOT and the city eventually agreed on some of the stipulations, signing a joint memorandum in the summer of 2013.7

The formation of the WestConnect Corridor Coalition in 2015 advanced efforts to complete the western beltway. The group is involved with a Planning and Environmental Linkage Study for the estimated $900 million road. The study follows efforts by the 2008-formed Jefferson Parkway Public Highway Authority, which oversees the planned $200 million Jefferson Parkway. The parkway corridor winds west from SH 128 at Interlocken Loop, south along Indiana Street, west across SH 72 and through the Leyden Rock subdivision to end at SH 93 in Arvada.7