Previous upgrades to the six lane arterial along Maitland Boulevard included construction of a single point urban interchange (SPUI) with SR 434 (Forest City Road) by 2001, and the addition of a new southbound off-ramp to U.S. 17/92 at the east end of SR 414. Sound walls were also erected along the arterial west of Interstate 4. 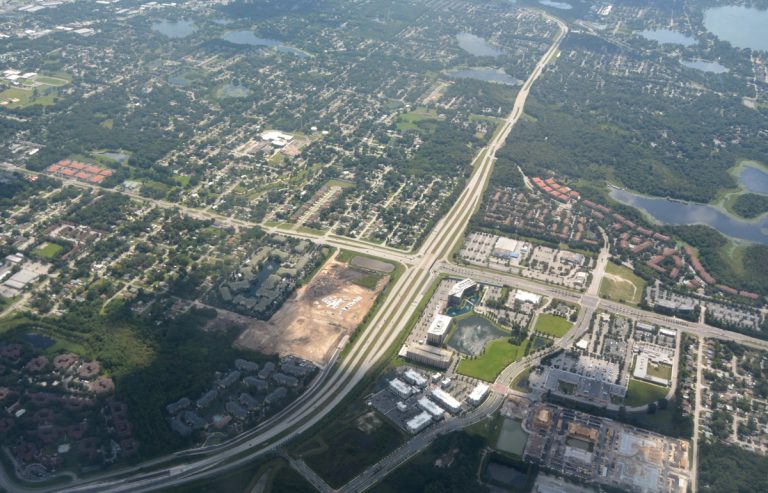 Phase two of the Apopka bypass extended the toll road from a temporary at-grade end with Ocoee Apopka Road northwest to U.S. 441 (OBT) at Plymouth. This section was incorporated into a realignment of SR 429 (Daniel Webster Western Beltway), in preparation for the northern extension of SR 429 along Wekiva Parkway. The 3.03 mile long overlap between SR 414/429 opened to traffic on January 19, 2013.

A half dumbbell interchange (Exit 5) opened along the Apopka Expressway with Marden Road on June 10, 2017.1 Expected to advance commercial development of area land, an Interchange Justification Report (IJR) for the new exchange was conducted from February 2013 to January 2014. Approved by City Council in September 2015, a Cost Sharing Agreement with the city of Apopka partially funded construction.2