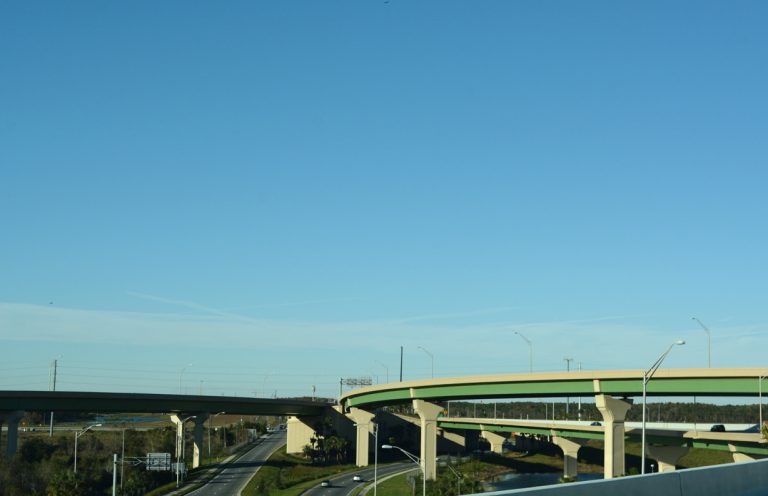 A systems interchange was constructed between SR 417 and Jeff Fuqua Boulevard, the access road into MCO Airport, between 2013-16. Photo taken 12/06/18.

Encircling the greater Orlando metropolitan area to its south and east, Florida State Road 417 (Central Florida GreeneWay / Seminole Expressway) serves both as a bypass and limited-access commuting route through Osceola, Orange and Seminole counties. The Central Florida GreeneWay portion of the 55-mile toll facility provides access to the southern and eastern suburbs of Orlando, including Lake Nona and Union Park, as well as serving as a southern connection with Orlando International Airport (MCO). The Seminole Expressway section of SR 417 serves areas of Oviedo, Winter Springs, Lake Jesup, Sanford and Lake Mary.

Constructed in phases between December 1988 and September 2002,1 the Central Florida GreeneWay and Seminole Expressway are operated jointly between the Central Florida Expressway Authority (CFX) and Florida's Turnpike Enterprise (FTE). SR 417, in conjunction with SR 429 (and the Wekiva Parkway when completed), form the greater Orlando beltway system. 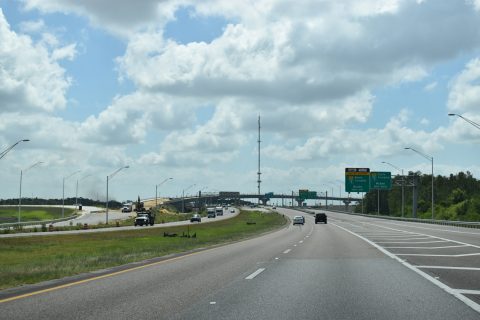 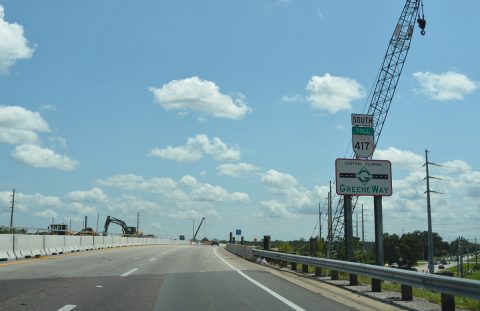 Shield assemblies for SR 417 in Orange County were occasionally posted above distinct Central Florida GreeneWay signs. Most of these have been removed in the ensuing decades since the toll road first opened in 1988. This assembly above Lake Underhill Road lasted until 2018. Photo taken 09/07/16.

An advocate for a 117-mile system of bypasses for Orlando, James Greene was a long time chairman of the Orlando-Orange County Expressway Authority (OOCEA), predecessor to the Central Florida Expressway Authority (CFX). The initial segment of the Northeastern Beltway opened to traffic on December 16, 1988. Costing $105 million, the six-mile section extended northeast from the East-West Expressway to SR 426 just across the Seminole County line. The beltway was named after Greene in May 1989, eight months after he passed away.2,3