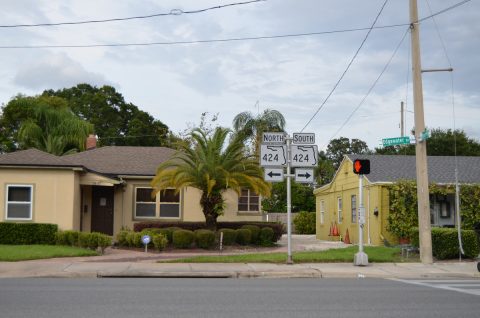 An east-west branch of CR 424 also links Edgewater Drive and College Park with I-4 and SR 527 via Lakeview Street and Ivanhoe Boulevard. This unmarked segment is 0.800 miles in length.