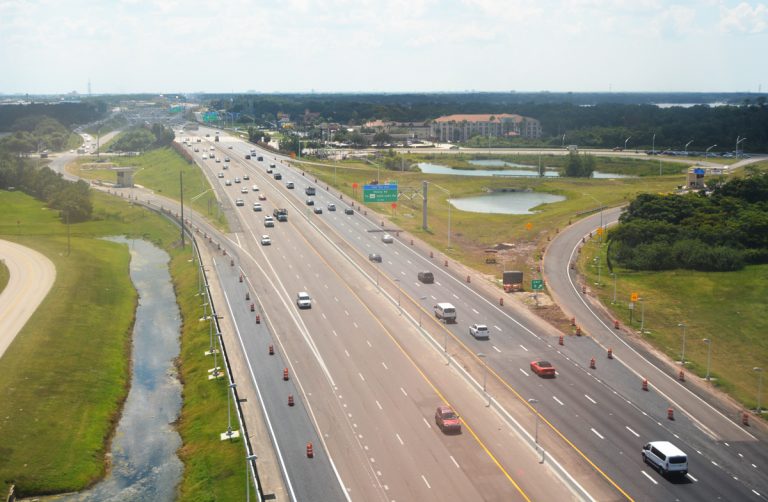 Florida State Road 528 spurs east from Interstate 4 at the International Drive Resort Area to Bennett Island Causeway, east of I-95 and Cocoa. Renamed on July 1, 2005 to the Martin Andersen Beachline Expressway, the toll road joins the Orlando metropolitan area with Interstate 95, U.S. 1, Cape Canaveral, and the Space Coast. The name change, a result of House Bill 385, was done to increase tourism along the Central Florida beaches.1

The Bee Line Expressway, named because it "beelined" east to Interstate 95, opened initially in 1967 from Sand Lake Road east to Orlando International Airport (MCO) and SR 520 near Bithlo. Sand Lake Road (SR 482) provided the link west to I-4 until December 1973, when SR 528 was built to the south.

Extension of SR 528 east into Brevard County includes two prongs: The southern prong represents the SR 528 mainline to Interstate 95 and Bennett Causeway to Cocoa Beach; The northern prong, designated SR 407, stems northeast to I-95 and SR 405 (Columbia Boulevard) at Titusville. SR 528 east to Port Canaveral and SR A1A is a toll free route.

A $174 million project underway through mid 2019 by the Florida Department of Transportation expanded the western eight miles of the Beachline Expressway with the addition of Express Lanes. Construction added managed lanes in each direction, with drivers paying additional tolls to bypass local on and off-ramps between Interstate 4 and Orlando International Airport (MCO). One Express Lane was added from the Beachline West Toll Plaza to Florida's Turnpike (milepost 4), while two were added from milepost 4 west to I-4. Express Lane pricing was to have been based upon traffic congestion.2 However, once the second phase wrapped up in May 2020, Florida's Turnpike Enterprise (FTE) converted the Express Lanes to Thru Lanes, with users only paying the general toll amount where charged.3 The free and Thru Lanes west from Exit 4 along the Beachline Expressway remain untolled. 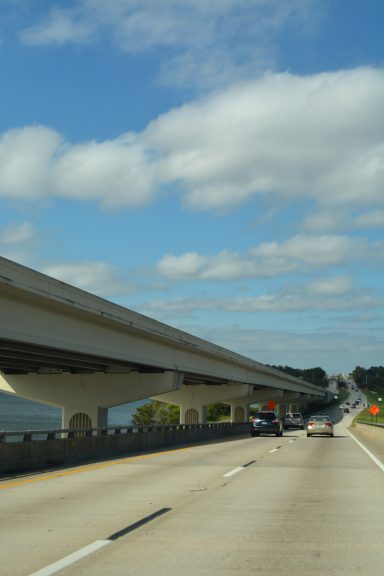 Bennett Causeway will be reconstructed and expanded from Industry Road (SR 524) to a point east of SR 3. Estimated to cost $222 million, Project 407402-3 widens SR A1A/528 to six overall lanes, with an express lane in each direction, and replaces all bridges except for the 2006-built eastbound span over Indian River. A multi use trail will be added along the north side of SR 528 and the interchange at U.S. 1 will be rebuilt. Project 407402-4 further widens SR 528 east from SR 3 to SR 401 at Port Canaveral. Anticipated to cost $217 million, the 5.091 mile project includes replacing all bridges, improvements at interchanges with Banana River Drive, SR 401 and George King Boulevard, and extending the multi use trail east from Merritt Island.

Work scheduled to start in 2027 includes upgrading the diamond interchange with SR 3 (Courtenay Parkway) into a SPUI.