Completion of the I-4 Connector between Interstate 4 and the Selmon Expressway in January 2014 resulted in the eventual turning back of State Road 585 which occurred by 2017. Since the opening of the Connector, truck traffic is now prohibited from using the couplet of 21st and 22nd Streets through Ybor City. In 2016 FDOT repaved the routing prior to the switch.

A short segment of County Road 585 once followed Rowlett Park Drive between Sligh Avenue and Waters Avenue at the Sulphur Springs neighborhood. This stretch of Rowlett Park Drive was planned as part of a realignment for U.S. 41 from Nebraska Avenue southeast to 40th Street. 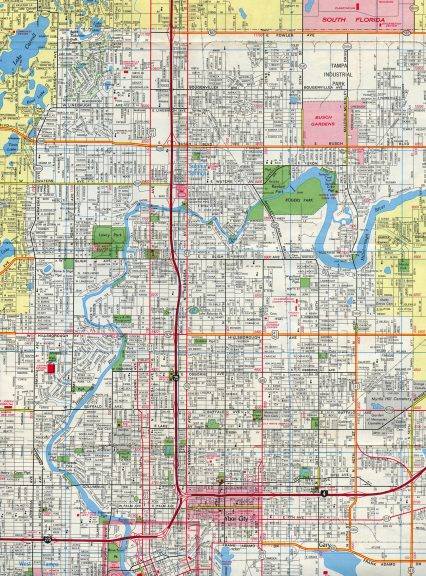