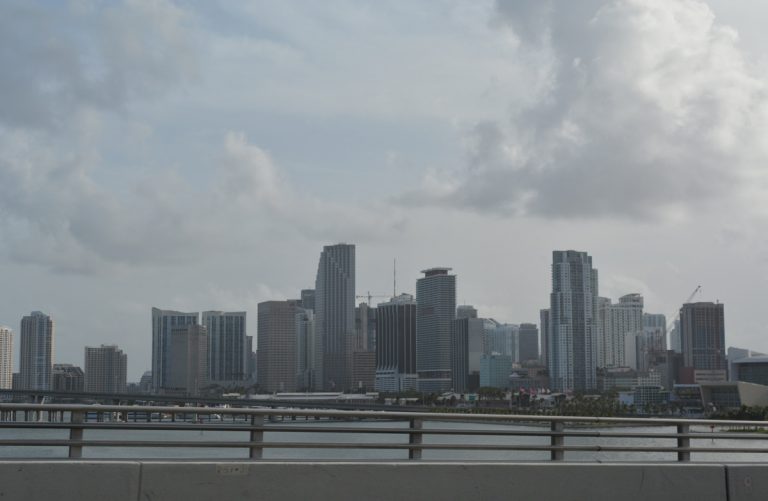 Fantastic views of the Downtown Miami Skyline are afforded to motorists traveling across MacArthur Causeway along SR A1A north. 09/30/17

Florida State Road A1A is a north/south route that runs in sections along the entire Atlantic coast of Florida. (It is also the name of a popular Jimmy Buffet album). Unless one desires beach front scenery and a slower pace, the state road is used mainly as a local route for beach traffic and rarely as an alternate for U.S. 1. SR A1A has evolved over the years, and it currently consists of several separate sections:

The portion of State Road A1A between Mayport Ferry and Fernandina Beach opened on November 1, 1950 as a toll road. Named Buccaneer Trail, tolls of 50 cents per car and 25 cents for bicyclists and pedestrians were collected for the Fort George River bridge linking Fort George and Little Talbot Islands. Toll collection ceased at the crossing on August 1, 1983, when rates for the Mayport Ferry increased from 50 cents to $1.50.1