George J Bean Parkway comprises a limited access route linking SR 60 (Memorial Highway) and SR 616 (Spruce Street) with the passenger terminal of Tampa International Airport (TPA). The parkway also serves facilities along the south side of the airport including a post office. It was constructed when the new terminal was built in 1971. 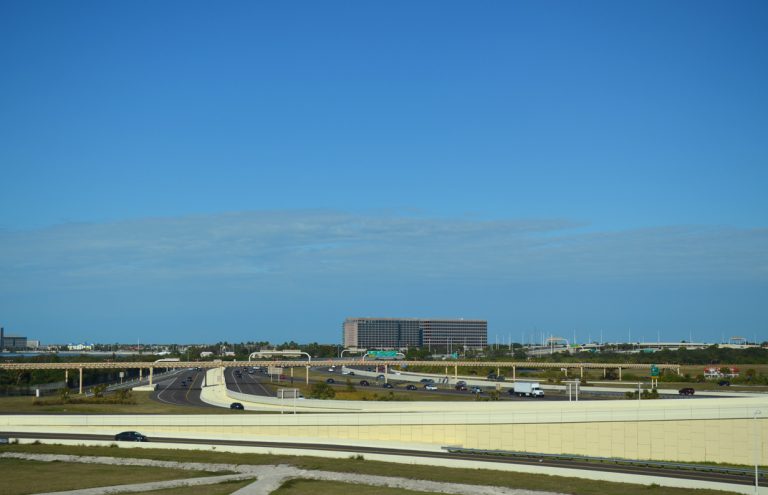 $230 million in construction between August 15, 2005 and March 31, 2010 upgraded the substandard parclo interchange between SR 60 (Memorial Highway) and George J. Bean Parkway into a systems interchange. The work coincided with upgrades to both SR 616 (Spruce Street) to the east and SR 60 to north at SR 589 (Veterans Expressway). Collector distributor roadways added to the Memorial Highway freeway separated movements to the airport, Courtney Campbell Causeway and SR 589 north while eliminating weaving traffic patterns. Additional work added an interchange to SR 60 just west of SR 589 while separating movements to I-275 south from George J. Bean Parkway.1

George Bean (1924-2004) was the executive director of Tampa International Airport for 31 years until his retirement in 1996. A World War II veteran, Bean was instrumental in construction of the airport, which cost $83 million and opened on April 15, 1971. He oversaw numerous expansion projects including a new general aviation terminal in 1981, improvements to the parkway system with an added third lane in each direction and a grade separation built at the post office in 1982, and long term parking garage in 1991 among others.2