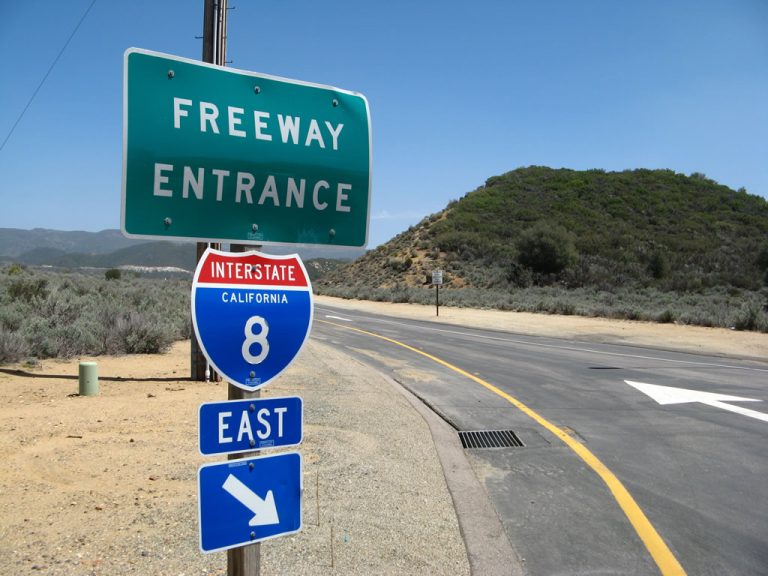 This freeway entrance shield assembly for Interstate 8 east is posted on Pine Valley Road near the unincorporated community of Pine Valley. 04/19/08

I-8 is the main Interstate highway serving the San Diego metropolitan area from west to east. It begins at the foot of the San Diego River at Sunset Cliffs Boulevard, and it leads east across the Imperial Desert into Arizona. For most of its route, Interstate 8 replaced U.S. 80, which used to extend all the way to San Diego, but was eventually truncated in stages to Mesquite, Texas.

The following is a synopsis of the history of Interstate 8 in the San Diego metropolitan area:

Many thanks to Merle F. McClelland for his assistance in creating this historical chronology.