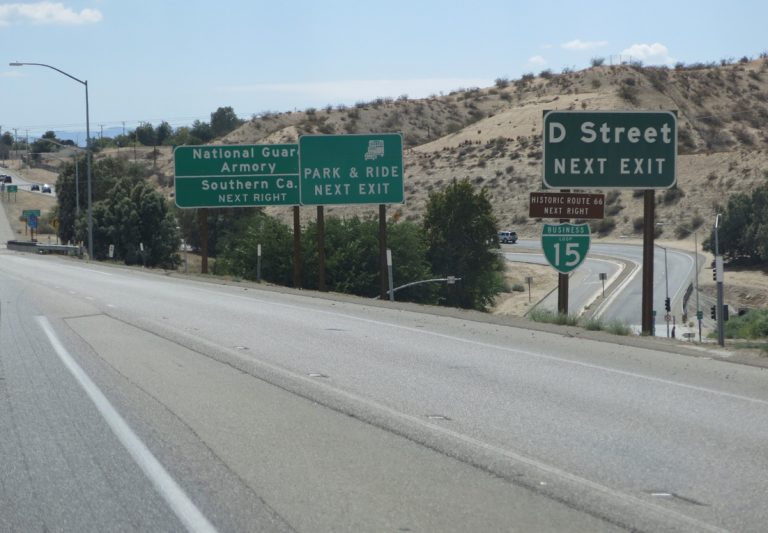 Business Loop I-15 follows a 3.6 mile alignment east from Interstate 15 through Victorville. Known as the "Key City of the High Desert", Victorville had an estimated population of 122,265 in 2016. Incorporated on September 21, 1962, the city derived its name from the California Southern Railroad siding of Victor.1 The route branches east from I-15 at Exit 150, lining 7th Street along a heavily developed retail corridor to Downtown. 7th Street is a part of Historic U.S. 66 and 91.

Combining with California 18, Business Loop I-15 turns northwest along D Street parallel to a BNSF Railroad line out from the Victorville city center. The two routes meet I-15 at a folded diamond interchange (Exit 153) opposite County Road 66 (Historic U.S. 66-91 / National Trails Highway).

A $76 million project started in 2016 upgrades 4.1 miles of Interstate 15 through Victorville, including redesigning the interchanges with D Street, E Street and Stoddard Wells Road (Exit 154). Ramp geometry will be improved at the ramps with Business Loop I-15 and California 18, with a northbound collector distributor roadway added to link with the adjacent exchange at E Street. Work runs through the end of 2018.2,3