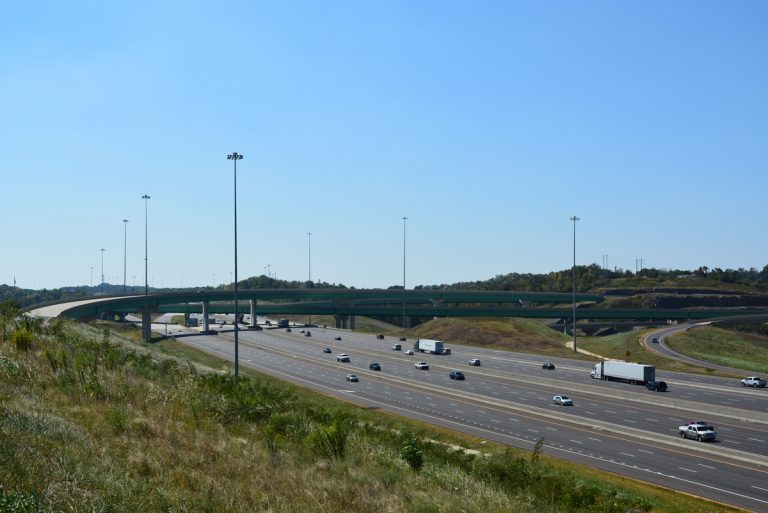 Interstate 22 overlays U.S. 78 from Tremont, Mississippi to Graysville across northwestern Alabama. Following a rural route, I-22 connects the cities of Hamilton, Guin, Winfield, Carbon Hill and Jasper with the north Birmingham suburbs and Interstate 65 at Fultondale. The scenic freeway is a part of a regional link between Birmingham and Memphis, Tennessee.

U.S. 78 between Memphis, Tennessee and Birmingham, Alabama is Appalachian Regional Development Corridor X. Planning for Corridor X started in 1978, with the first funding in place by 1983.3 Signs recognizing the route a Future Interstate highway were approved in April 2005.4

A 2.5 mile extension of I-22 east from Cherry Avenue to Coalburg Road opened to traffic on December 9, 2009. Construction on the final link with Interstate 65 was underway in August 2010, and the $168.6-million contract was scheduled to run four years.5 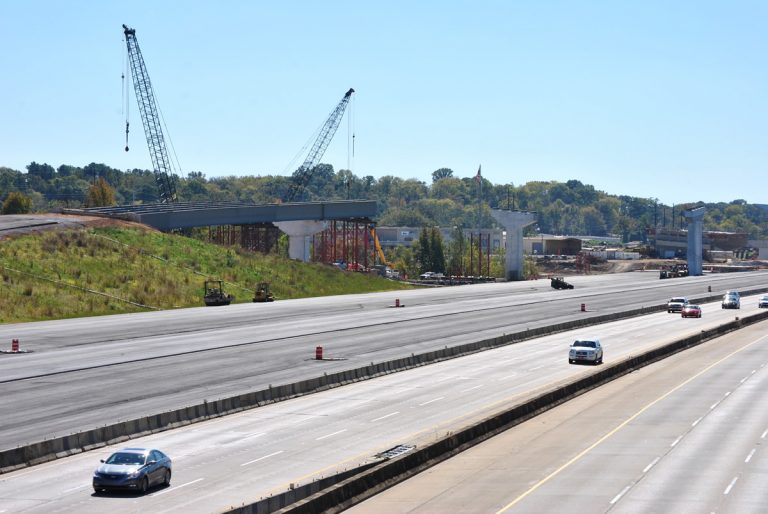 This view looked south from the 47th Avenue overpass during construction of the directional T interchange joining I-22 and I-65. Photo taken 10/21/12.

Initially planned for completion on October 15, 2014, several delays hampered construction on the easternmost 2.5 miles of I-22. The project was pushed back to August 2015, and again into the following year. The interchange with Interstate 65 finally debuted to motorists on June 20, 2016.