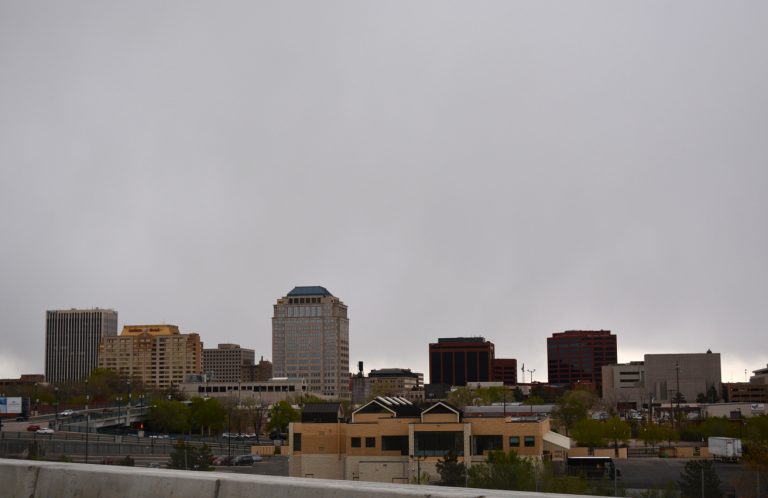 Interstate 25 arcs around the western periphery of the Colorado Springs central business district along side Fountain Creek. Photo taken 04/28/17.

Interstate 25 is the main north-south freeway corridor through Colorado. Part of the Camino Real High Priority Corridor, Interstate 25 connects Mexico with Canada via ports at El Paso and a connection with Interstates 15 and 90 to Canada. The freeway underwent several improvements as part of this corridor strategy, including the massive T-REX improvement project in Denver, upgrades through Colorado Springs, and ongoing expansion of the freeway to six lanes along the Front Range.

Once completed in Colorado, Interstate 25 replaced U.S. 87. Officially the US highway is not inventoried in Colorado, as CDOT attributes all mileage along the implied concurrency to I-25. 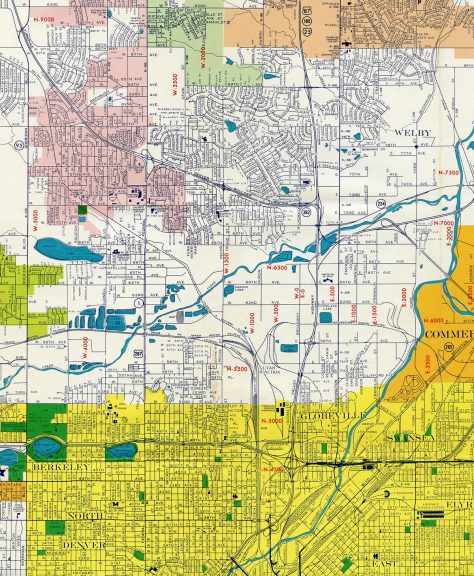 Early 1960s map showing the course of Interstate 25 (Valley Highway) north from the Mousetrap Interchange (junction with I-70) in Denver to Thornton.

Another pre-Interstate section of Interstate 25 that was grandfathered into the system included a 9.2-mile segment of freeway in Pueblo. Construction there began in 1949 and was completed in 1958.

A notable milestone in the construction process was the extension of Interstate 25 into Wyoming on October 11, 1964. This date marked the first occasion when a Colorado Interstate actually crossed state lines and entered another state. A 26-mile segment of Interstate 25 heading north from Wellington opened at that time.