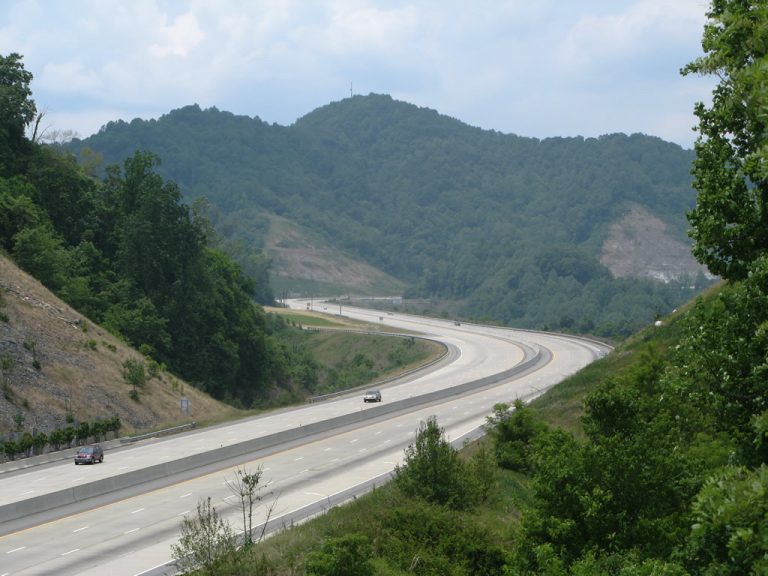 Interstate 26 is a scenic byway along its path northward from Mars Hill into eastern Tennessee. The views are breathtaking and the scenery unending along the Appalachian Freeway. This view looks north at Ephraim Knob from the scenic overlook west of California. Photo taken 05/31/07.

Interstate 26 connects Hendersonville, Asheville, and the Tri-Cities of Tennessee along a general north-south routing. The freeway originally began at the west junction of Interstates 40 & 240 outside Asheville, but was extended northward in 2003 over a new alignment in place of Interstate 181 along U.S. 23 to Interstate 81. The freeway carries tourist traffic bound for the mountains year round and doubles as an important truck route southeast to the ports of Charleston, South Carolina. Much of the freeway remains four lanes despite heavy traffic loads.

A few portions of the U.S. 19 & 23 freeway leading north from Asheville remain below Interstate standard. Therefore drivers will notice that several of the reassurance shields posted for Interstate 26 display "Future". Work to upgrade these portions of roadway will occur when funding becomes available.

When Interstate 26 was extended in 2003, the original set of exit numbers changed to reflect the new "west" end at Sams Gap. This list was provided by Carter Buchanan on January 27, 2004 when new exit numbers appeared: