Interstate 26 angles southeast from Upstate South Carolina to the LowCountry and Atlantic Coastal Plain. The freeway serves Charleston at the eastern terminus, linking it with the capital city and the Greenville/Spartanburg area (in conjunction with Interstate 385). Northward from the Palmetto State, I-26 continues to Hendersonville and Asheville, North Carolina and the Tri-Cities in eastern Tennessee. Outside of the metro areas in South Carolina, I-26 remains rural, generally with four travel lanes.

The "Malfunction Junction" area of St. Andrews was slated for a massive overhaul as part of a $80-million improvement project starting in mid-1988 with right of way acquisition. Proposals outlined two new directional ramps from I-26 to I-20, and a collector distributor roadway system northward from I-126 to the St. Andrews Road interchange along I-26.1 Funding for this project however never matriculated.

23 years later, studies and designs were again undertaken to address issues at the exchange between I-20 and I-26. Cost for the project were forecast at $400-million in February 2011, but again funding was not secured.3 Eventually branded as Carolina Crossroads, work on a five phase project upgrading portions of I-20, I-26 and I-126 starts in 2021. Phase 3, which replaces the cloverleaf at I-20/26 with a systems interchange, is scheduled to run from 2023 to 2027. The fifth phase, which widens I-26 northwest to Broad River Road, may be completed by the end of 2019.

Interstate 26 was expanded to six overall lanes between U.S. 1 and U.S. 378 in Lexington County during a three-year construction project by July 1993. Work here cost $12.1-million.2

Exit 102 with S.C. 60 (Lake Murray Boulevard) was upgraded from a half diamond to a six-ramp parclo interchange during work between March 3, 19974 and late 1999. This construction followed an expansion of I-26 from four to six lanes between Harbison Boulevard and U.S. 176 (Ballentine exit) in December 1993. 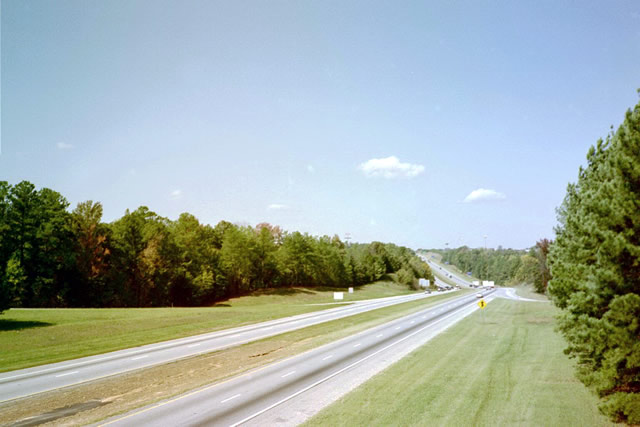