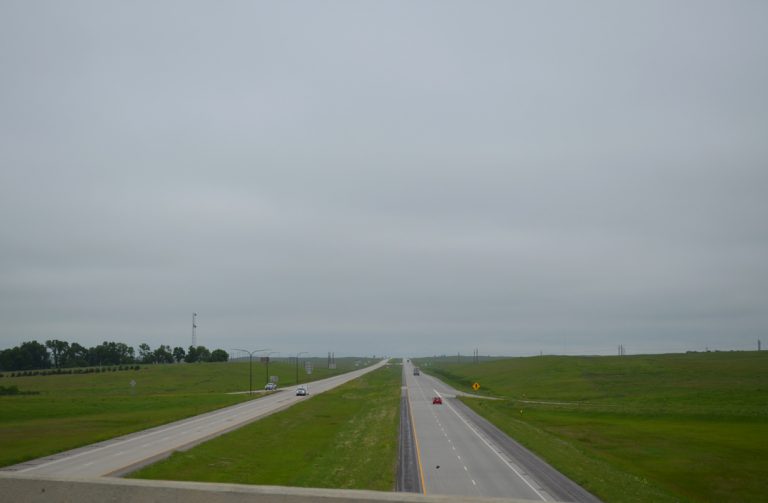 Interstate 29 traverses open prairie land throughout most of northeastern South Dakota. This view looks at the freeway north from the U.S. 12 overpass near Summit. 06/17/15

Interstate 29 travels 252.515 miles through eastern reaches of South Dakota between Sioux City, Iowa and North Dakota. The freeway replaced U.S. 77 from Iowa north to South Dakota 28 west of Toronto, and overlays the U.S. 81 corridor north of Watertown. The freeway expands to eight lanes in stretches through Sioux Falls.

The first portion of I-29 completed in South Dakota was a section in Sioux Falls between Russell Street and 60th Street North in the late 1950s.1 This stretch doubled as SD 38. Subsequent segments opened northward to SD 35 by Lone Tree and south to Sioux City, Iowa by 1965. Completion of the route northward from SD 34 to U.S. 14 outside Brookings occurred by 1971. The final portion of I-29 in South Dakota constructed was the piece between Exit 224 / Peever and Exit 246 with U.S. 81 at New Effington. 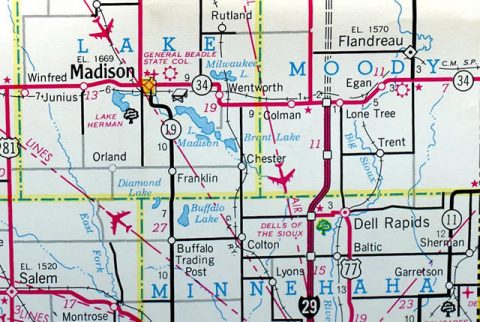 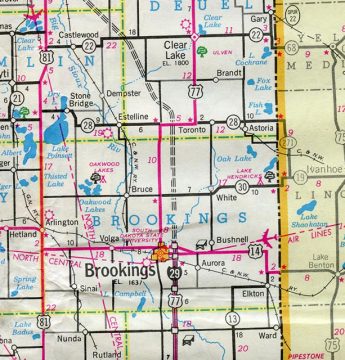 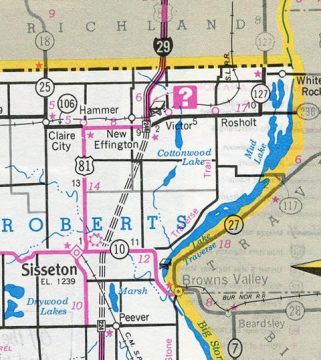 When Interstate 29 was completed in 1983, South Dakota was the fifth state to complete its portion of the Interstate Highway System.2 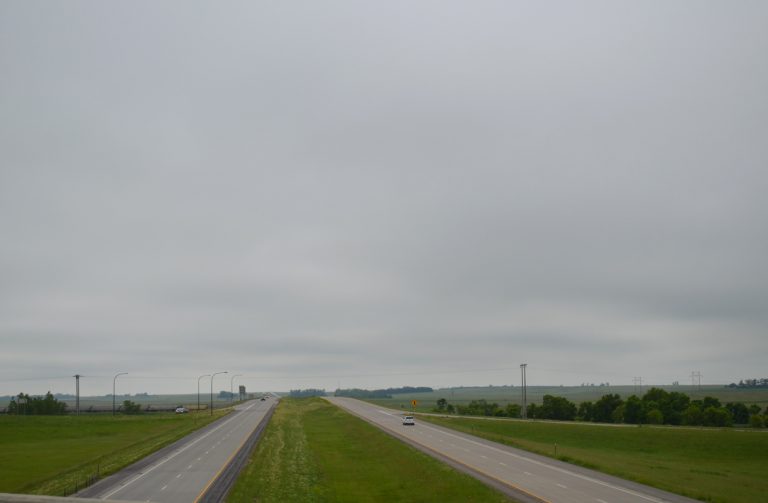 Terrain changes associated with the Coteau des Prairies plateau appear along Interstate 29 in northeastern South Dakota. The plateau was formed between two streams of glacial ice during the Wisconsinan glaciation period. 06/17/15

The Brookings Business Spur for I-29 is signed only from the freeway mainline at Exit 132. The route running west concurrently with U.S. 14 along 6th Street is unsigned otherwise.