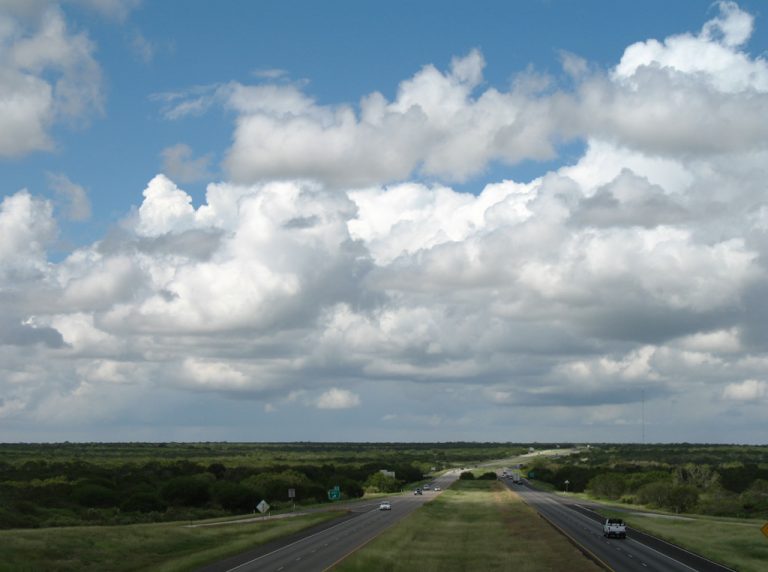 Combining with US 77 across the Nueces River, Interstate 37 turns northwest and leaves the city for the coastal plains until reaching Mathis, an agricultural center. The freeway passes Lake Corpus Christi, a reservoir and recreational lake, before entering the scrubby, Live Oak-dotted South Texas Plains.

Crossing US 59 and future IH 69C, IH 37 skirts George West, seat of Live Oak County, and Three Rivers. Three Rivers, named for the confluence of the Atascosa, Frio and Nueces Rivers, is home to Choke Canyon Reservoir, constructed in the early 1980s, and an oil refinery. The small city is also noted for The Goodie Box, a craft cooperative. North of Three Rivers, US 281 merges with IH 37.

US 281 Alternate, which parallels IH-37, travels through the unincorporated communities of Whitsett and Campbellton. The next city is Pleasanton, which calls itself the Birthplace of the Cowboy. US 281 separates from IH 37 there, taking a course west of Interstate 37 to San Antonio. 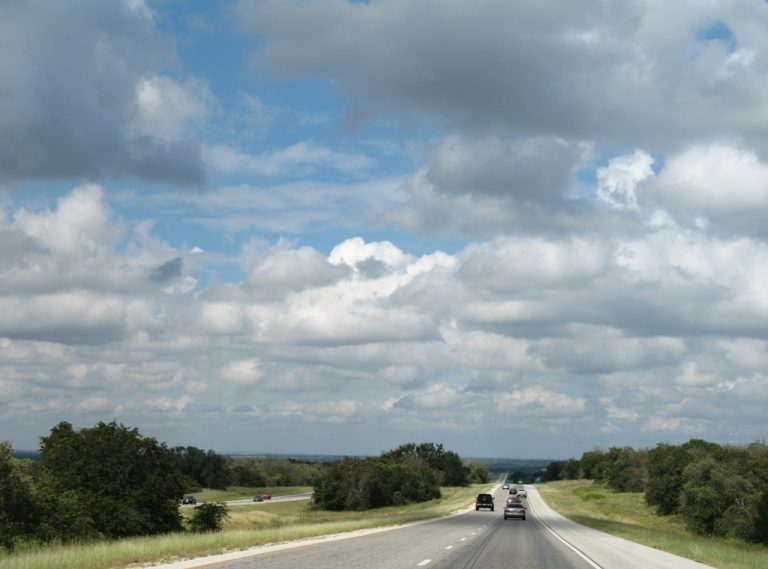 IH 37 leads north from Sandy Oaks in southern Bexar County. Commuter traffic increases on the drive toward San Antonio, with 44,693 vehicles per day (vpd) recorded by TxDOT on this stretch in 2015. Photo taken 09/29/07.

IH 37 passes Braunig Lake, a reservoir for San Antonio, and continues north into San Antonio. Meeting the city at Loop 410, IH 37 merges with US 281 again and turns northwest to pass Loop 13, Military Drive, and cross IH 10. IH 37 passes to the east of Downtown San Antonio, curving past Hemisfair Park and Hemisfair Arena, site of the 1968 Worlds Fair. Continuing by the Alamodome, Interstate 37 concludes 1.6 miles to the north at IH 35, with US 281 extending north along the McAllister Freeway.

There are no business loops for Interstate 37. Note that the US 181 / IH 37 interchange is not actually part of Interstate 37. The terminal milepost is actually located where IH 37 meets Waco Street, with the remaining mileage east to Shoreline Boulevard considered to be a part of US 181 by TxDOT.

During Hurricane evacuations, TxDOT can open a third northbound lane along IH 37 to aid the public. This was implemented during the lead up to Hurricane Harvey on August 24, 2017. 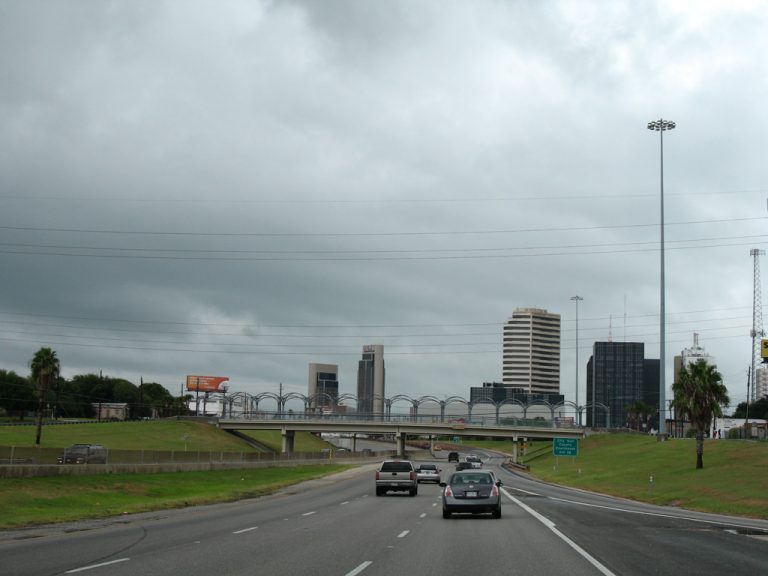 The Alameda Street overpass will be the last grade separation for Interstate 37, as parallel Staples Street will be lowered to intersect the shortened freeway as part of the Harbor Bridge Replacement Project. Photo taken 09/29/07.

The $32 million project to build the Joe Fulton International Trade Corridor in Corpus Christi included a number of changes to Interstate 37. Split into two phases, the main focus of work was the $24 million new flyover linking the freeway southbound with the Joe Fulton Corridor leading north. The ramp opened following a ribbon cutting ceremony held on October 17, 2011. Additional work through early 2012 involved reversing the ramps at Carbon Plant and McKinzie Roads, expanding the McKinzie Road (FM 3386) overpass, adding turnarounds at FM 3386, building a new frontage road along the south side of IH 37, and realignment of the Violet Road off-ramp from northbound.1