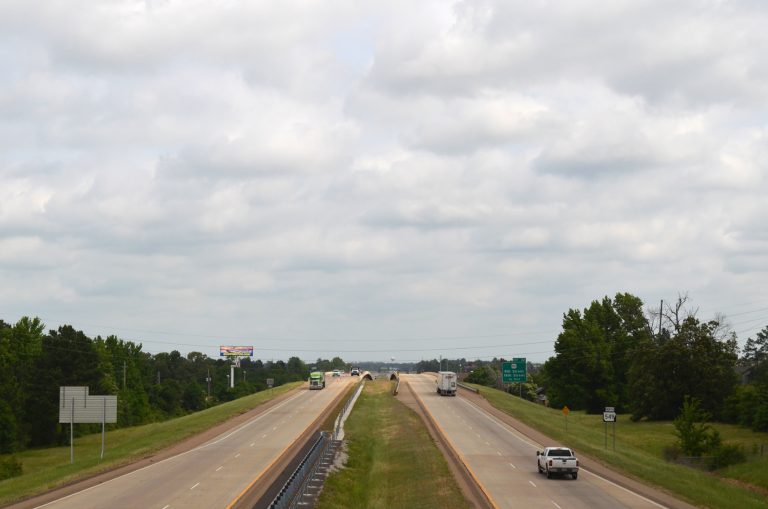 Part of National Highway System (NHS) Corridor 1 linking Shreveport, Louisiana with Kansas City, Missouri, two segments of Interstate 49 are designated in the Natural State. A 42.0-mile segment extends north from Louisiana to U.S. 71 north of Texarkana while a 72 mile segment follows former Interstate 540 from I-40 near Alma to U.S. 71 Business and AR 549 south of Bella Vista.

As of June 25, 2014, the request to designate Arkansas Highway 549 along the Texarkana stretch as Interstate 49 was approved by AASHTO, effective immediately. As it was near completion, the unopened portion south of Texarkana was conditionally approved as well.1

Highway 549 formerly provided a partial freeway connection between Texarkana and Shreveport. Opened in phases between 2004, 2005 and 2013, the state highway stems southward from Texarkana toward the Louisiana state line. When the final segment between U.S. 71 (Exit 4) and the Arkansas/Louisiana state line opened to traffic on November 10, 2014, Interstate 49 formed an almost seamless freeway between Shreveport and Texarkana. The connection with I-220 at Shreveport, Louisiana was finally finished on October 17, 2018.

The first segment of the much anticipated Bella Vista bypass opened to traffic on April 22, 2014 at a cost of $19.9 million. Signed as Highway 549, the initial phase of the future I-49 extending north to Missouri linked I-49 and U.S. 71 Business with Highway 72 at Hiwasse.