Interstate 55 links the greater New Orleans area with Hammond and Jackson, Mississippi along a north-south route between I-10 at Laplace and the Mississippi state line near Kentwood. The southern 23 miles of the freeway elevate over canals and bayous between Lakes Maurepas and Pontchartrain. 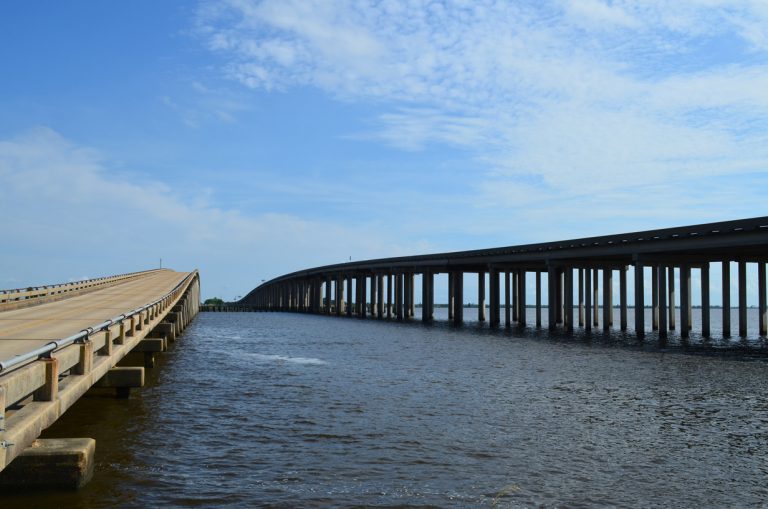 The first segment of Interstate 55 to open in Louisiana was the U.S. 51 bypass of Ponchatoula (Exits 23 to 28) in 1960. The second stretch of freeway opened between Arcola and the Mississippi state line. Construction between those two segments continued until late 1968. Elevated portions of I-55, south of Ponchatoula, opened first in 1960 with just two lanes for U.S. 51 and by 1977 with four overall lanes as I-55.

History of I-55 based upon Louisiana official state highway maps, Gousha Louisiana maps and NationalBridges.