Interstate 55 enters the southwestern corner of Tennessee along a 12.28 mile course in the city of Memphis. The freeway heads north from Southaven, Mississippi alongside Interstate 69. I-55/69 overlap north through the Whitehaven area in Memphis to I-240, though Interstate 69 is not marked.

I-55 arcs northwest from I-240 and encircles the South Memphis community to the exchange with U.S. 51-64-70-79 (E.H. Crump Boulevard) and Riverside Drive. I-55 makes a TOTSO (turn off to stay on) movement in both directions at the cloverleaf interchange with Crump Boulevard. Plans addressing the substandard design outlined realigning the I-55 roadways onto a sweeping curve and adding separate wye interchanges tieing into a roundabout with Crump Boulevard and Riverside Drive. The Federal Highway Administration (FHWA) approved a Record of Decision (ROD) for the Selected Alternative in January 2012. Work on the project may commence in Winter 2021.

The Memphis-Arkansas Bridge takes Interstate 55 and U.S. 61-64-70-79 across the Mississippi River. Completed in 1949, the narrow cantilevered through truss bridge accommodates just four lanes of traffic with no shoulders. 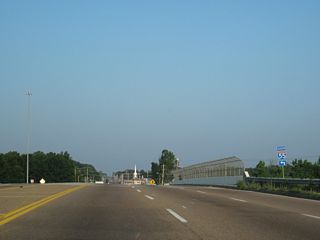 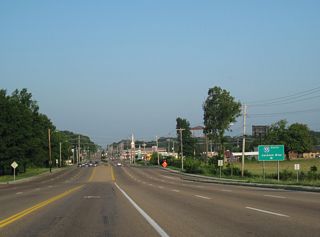 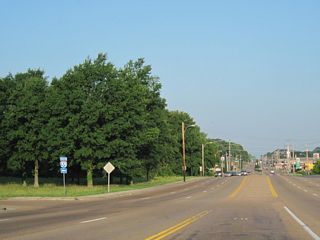