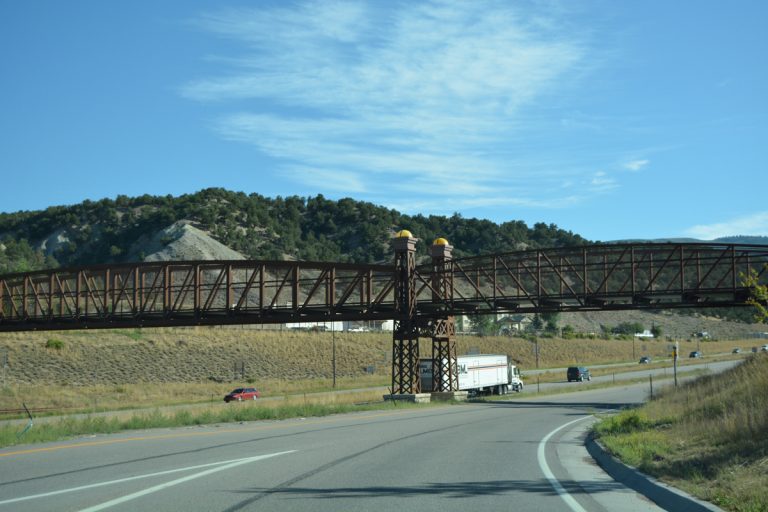 Pre-fabricated sections of the pedestrian bridge spanning Interstate 70 at Eagle were transported to the work site and assembled during a full closure of the freeway on September 10 and 11, 2014.2 Photo taken 08/11/16.

The multi phase project to replace at-grade intersections with roundabouts along the Eagle business spur kicked off in July 2013 with reconstruction of Exit 147 into a dumbbell interchange. Side roads were also redesigned in an effort to reduce congestion.1 Associated work included the installation of a pedestrian bridge across I-70 to the east. The overall CDOT/Town of Eagle project was completed in December 2014.2