The last two-digit Interstate completed in the Palmetto State was Interstate 77. The freeway links the capital city of Columbia with Rock Hill and Charlotte, North Carolina to the north, paralleling U.S. 21 for much of the route. 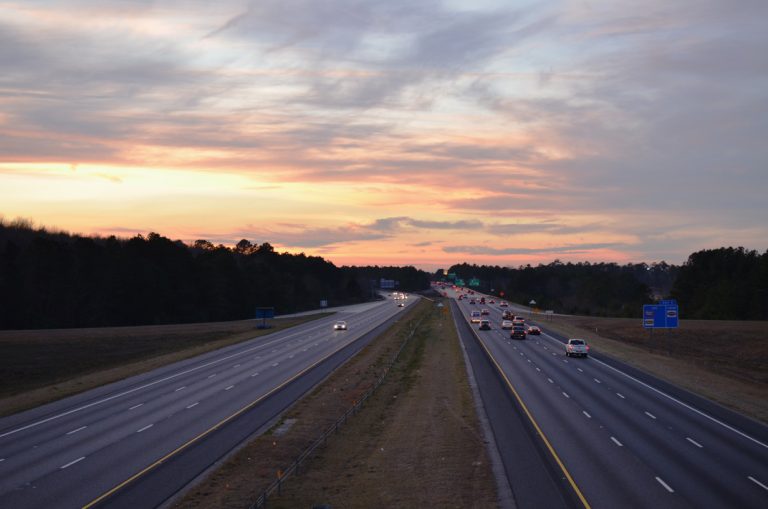 Originally Interstate 77 concluded in the area where I-20 and South Carolina Highway 277 converge near Dentwood. Road work through the 1980s and early 1990s extended I-77 along the Southeastern Beltway to I-26 at Cayce at a cost of more than $100 million:5

Until the Southeastern Beltway was completed in 1995, the stretch of freeway south of Interstate 20 was designated as S.C. 478. The 4.95 mile long portion of freeway first opened between I-26 and S.C. 48 was previously approved as Interstate 326 by the Federal Highway Administration (FHWA) on December 19, 1975. This designation was never signed in the field. The 9.5 mile long segment of the Southeastern Beltway from S.C. 48 (Bluff Road) to I-77 northeast of Columbia was subsequently approved as part of the Interstate System on November 22, 1983.

Action by the FHWA on March 28, 1984 specified that the I-326 section and adjacent 9.5 mile long link north be designated as Interstate 77 with the following conditions:

The South Carolina Department of Transportation (SCDOT) proposed establishing Temporary Interstate 77 from the junction of I-77/S.C. 277 north of Columbia to the exchange joining I-26 with U.S. 21/176/321 southwest of Columbia until the Southeastern Beltway was completed. The designation was aimed to address motorist complaints with the confusion in connecting from I-77 to I-26 and vice versa. Temporary I-77 was approved by the American Association of State Highway and Transportation Officials (AASHTO) for the Southeastern Beltway on October 12, 1985. Shields were posted along S.C. 277, I-20 and I-26.