Interstate 78 crosses the Hudson River through the Holland Tunnel from Jersey City, New Jersey into Manhattan, New York. Tolls are collected for the Holland Tunnel eastbound, with E-ZPass rates varying between peak and off-peak hours. Cash tolls increased to $16.00 on January 5, 2020. The rate for passenger vehicles was previously $6.50, set on December 30, 2010. 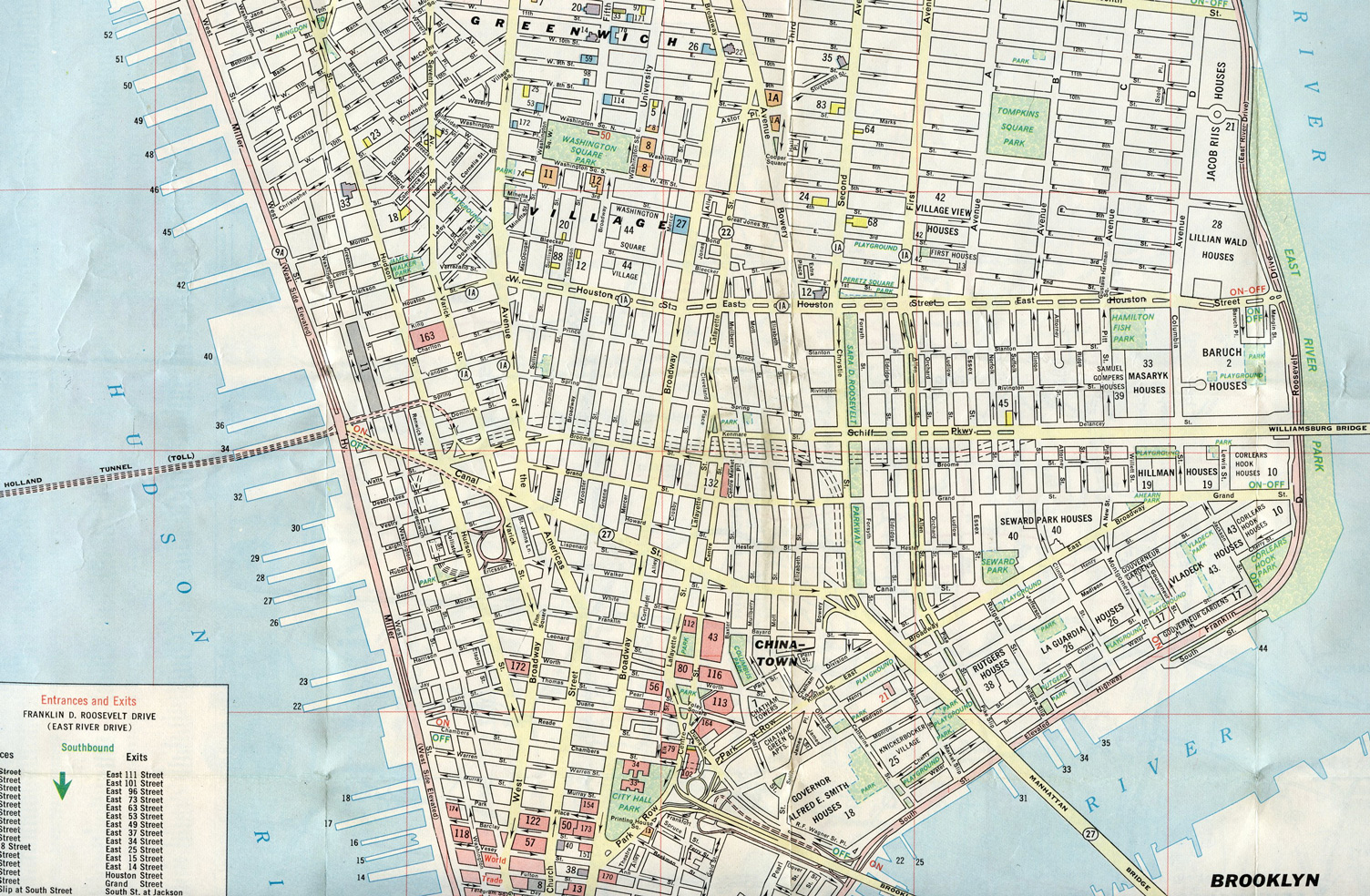 The proposed Lower-Manhattan Expressway and the connection for Interstate 478 with the Manhattan Bridge in 1968.

Interstate 78 signs were posted along the Nassau Expressway in 1971 for a short time. Additionally the Clearview Expressway was designated as I-78 between 1958 and 1971.2

Connect with:
Route 9A - West Street