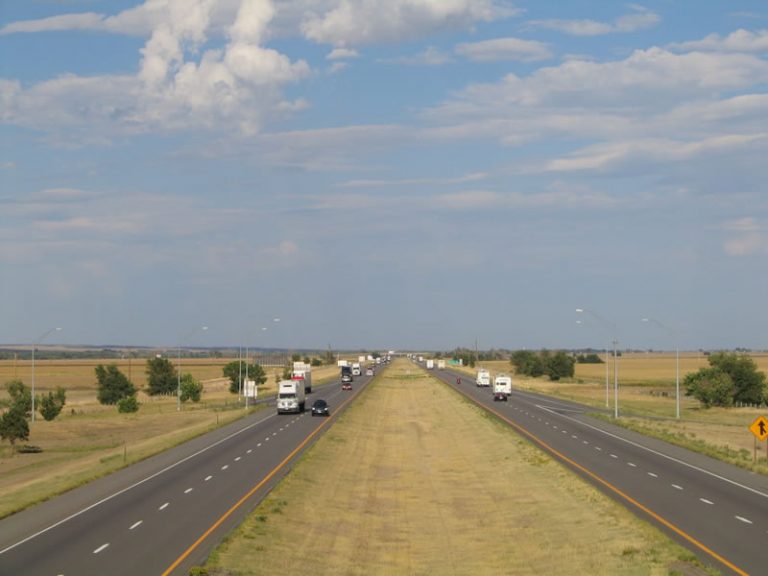 Looking east at Interstate 80 from the Link 25B overpass just south of Big Springs.

Interstate 80 is the longest Interstate highway in Nebraska, with just about 455 miles through the state. The highway parallels U.S. 30 west of Grand Island and U.S. 6 east of Grand Island. Beginning in San Francisco, California, I-80 crosses the Central Valley on its way to the Sierra Nevada. On the rain shadow side of the Sierra Nevada Mountains, I-80 crosses the Great Basin states of Nevada and Utah before crossing the Equality State of Wyoming. East of Cheyenne, I-80 enters Nebraska near Pine Bluffs, serves Kimball, Sidney, Ogallala, and North Platte before following the Platte River east toward Grand Island, Lincoln and Omaha. Interstate 80 in Nebraska is notable for its 25 safety rest areas, which are spaced about 35-50 miles apart and often offer tourist information.

Construction on Interstate 80 in Nebraska began in 1957 near Gretna and was completed in 1974 near Sidney. The stretch between Lincoln and Omaha opened in August 1961.1 Another 40 miles of I-80, between Grand Island and Kearney, was completed following an opening ceremony held on August 20, 1963. This brought the total miles of Interstate Highway opened in Nebraska to approximately 130.2

With the completion of the 18 mile section between Giltner and Henderson, Interstate 80 provided a continuous freeway from North Platte east to Omaha. With Governor Frank Morrison participating among other state and area officials, a dedication ceremony took place for this stretch of I-80 on December 3, 1966.3 Due to the rapid rate of completion of I-80, Nebraska was the first state in the country to complete its mainline Interstate highway system (which consists entirely of I-80 and I-76).1 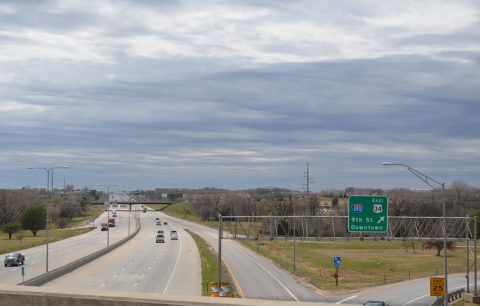