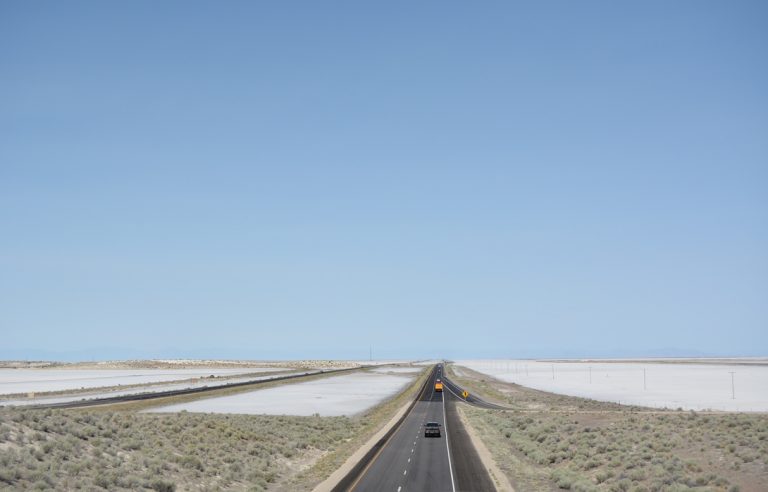 Interstate 80 straddles the northern portions of the Beehive State, connecting West Wendover, Nevada, with Evanston, Wyoming. Between these two points, the busy freeway crosses the Great Salt Lake Desert, cuts through the Salt Lake City metro, and ascends the northern Wasatch Mountain range via Parleys Canyon. Among the highlights along the route are the seemingly endless expanse of the Great Salt Lake Desert at the western end. One can see the curvature of the earth due to the flat, empty, seemingly endless desert floor. Interstate 80 promptly becomes an urban freeway as it approaches the state capital of Salt Lake City, shares pavement with Interstate 15 near downtown, and then turns east again to leave the urban area. Urban development ends as Interstate 80 pierces the Wasatch Front and ascends to Park City, a well-known skiing destination. The canyons that guide the freeway northeast from Salt Lake City to Echo Junction and then northeast to Evanston, Wyoming, are quite scenic and steep. 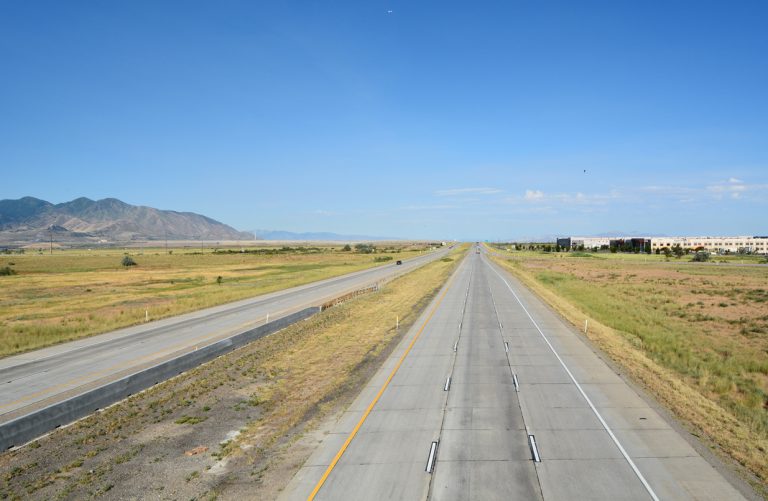 63.4 miles of Interstate 80 across the state were open to traffic by 1969. An additional 40 miles, from Wendover to Knolls, 4.3 miles from Kimball Junction to Silver Creek Junction, and 5.1 miles from Coalville to Echo Junction, were scheduled to open in 1969. Work continuing from 1969 onward included 74.7 miles west and east of Salt Lake City.1 The freeway through Weber Canyon, between Unitah and Echo Junction, opened in early November 1971 at a cost of $28.4 million.2

The final segment of Interstate 80 in Utah opened on August 22, 1986 after a dedication ceremony held under an overpass west of Utah 68 (Redwood Road). Culminating 30 years of construction, the five mile section of I-80 between 5600 West and Utah 68 finished in Salt Lake County was the last for the entire 2,900 mile transcontinental freeway.3

The diamond interchange (Exit 145) at Utah 224 was replaced with a single point urban interchange in preparation for the 2002 Winter Olympic Games. Utah 224 provides the main route to Park City and Utah Olympic Park from Interstate 80. The state route was expanded in the early 1990s, but the exchange with I-80 remained with a 1960 design. The $10 million SPUI was chosen over a UDOT proposal for a flyover bridge and roundabout designs preferred by area residents. The year long project was completed by April 2001.4

Included in the statewide Renovate I-80 Projects, a $43 million project replaced the asphalt surface of Interstate 80 with concrete between U.S. 40 (milepost 148) and Wanship (milepost 155) between June 2014 through October 2015. Work also upgraded drainage systems and added variable message signs (VMS) along the corridor.5,6 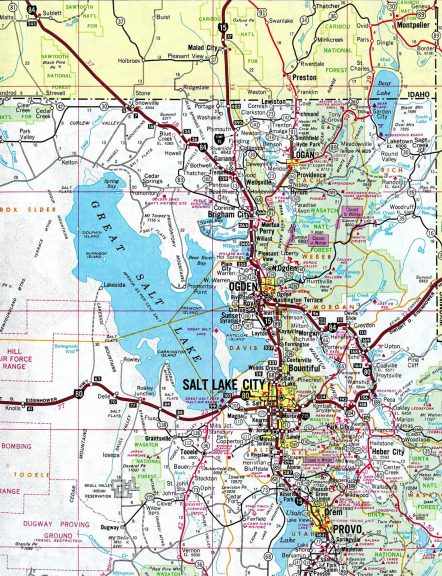 A short gap of unfinished freeway remained along Interstate 80 through Salt Lake City in 1986. 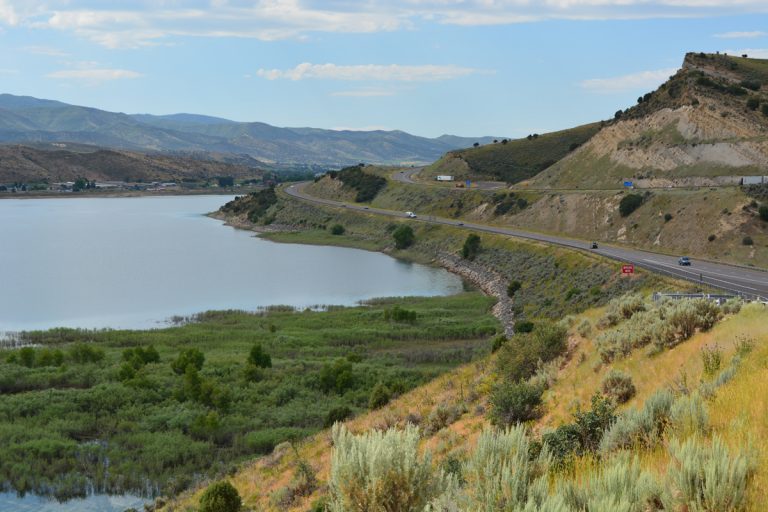 Interstate 80 straddles the hillside west of Echo Reservoir between mileposts 163 and 167 in Summit County. Photo taken 07/05/16.