Interstate 84 runs 71.3 miles across southeastern New York through Middletown, Newburgh and Brewster. Tolled in the eastbound direction, the Newburgh-Beacon Bridge takes I-84 across the Hudson River. The route was formerly operated by the New York State Thruway Authority, though tolls were never collected.

Interchanges along I-84 were renumbered from a sequential to a mile-based numbering system. The change took place starting in Spring 2019 during a $6.3 million project replacing all guide signs along the freeway.1 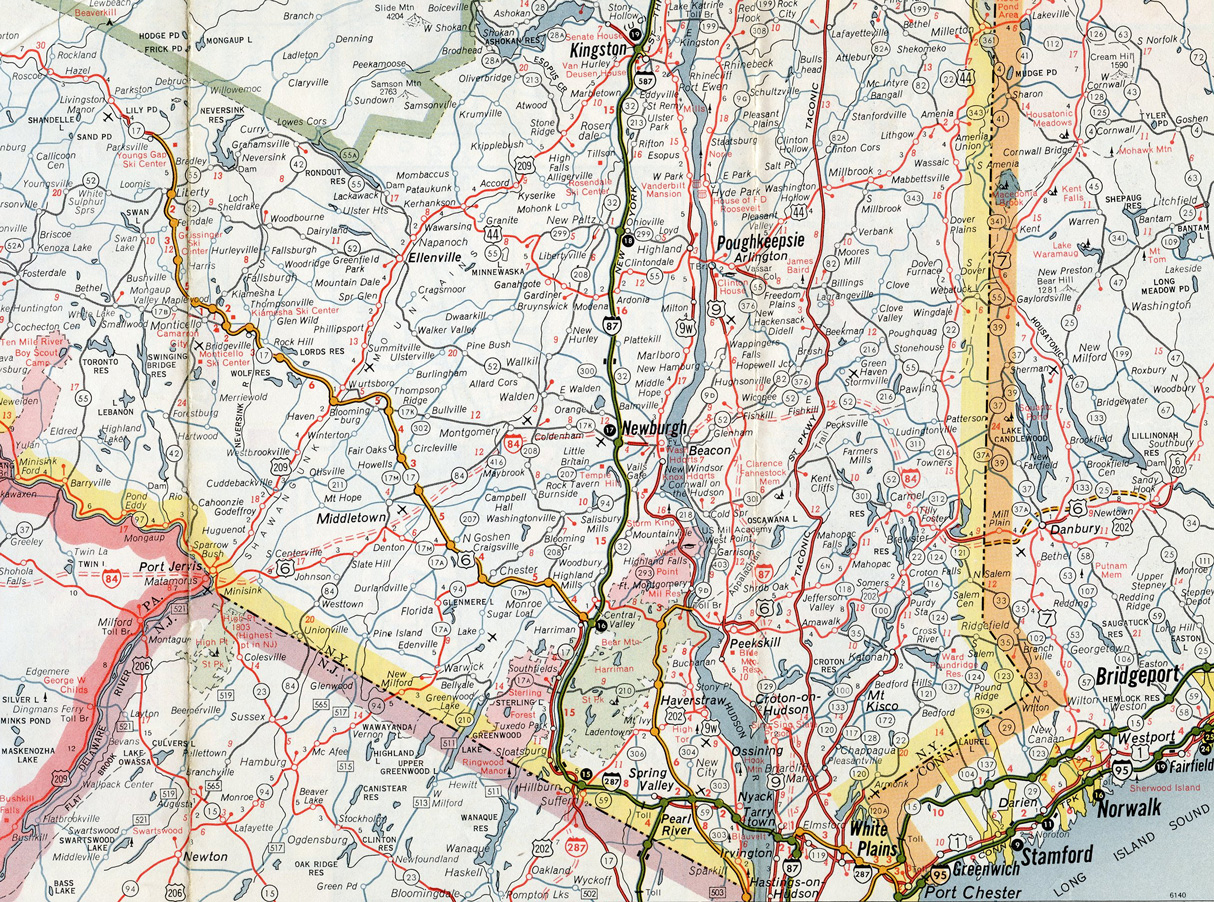 The proposed route of Interstate 84 in 1961. Early Interstate era maps show the unbuilt alignment of I-87 north to I-84 extending from Elmsford closer to the Hudson River.