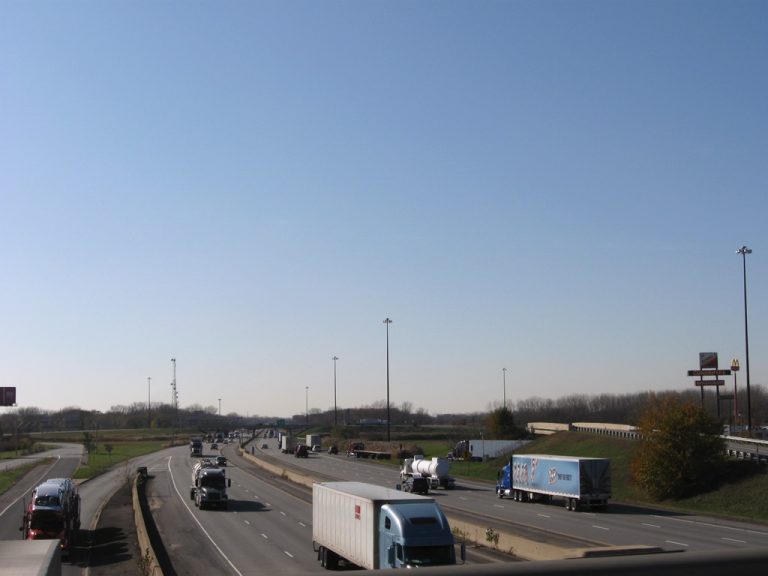 Heavy truck traffic is present at the trumpet interchange between the Frank Borman Expressway and access road to the Indiana East West Toll Road. Interstate 80 leaves an overlap with Interstate 94 to join Interstate 90 at this junction. 11/05/09.

The 3,100 mile cross country interstate that runs from Seattle to Boston runs for 156 miles across Indiana from Hammond at the Illinois border to near Angola at the Ohio border. For its entire length, the interstate forms the Indiana Toll Road, multiplexing with Interstate 80 for the majority of its route. The interstate leaves Chicago, Illinois and enters Northwest Indiana in the Hammond area, passing through East Chicago and Gary before joining with Interstate 80. East of there it passes by Chesterton, LaPorte, South Bend, Elkhart and Angola. 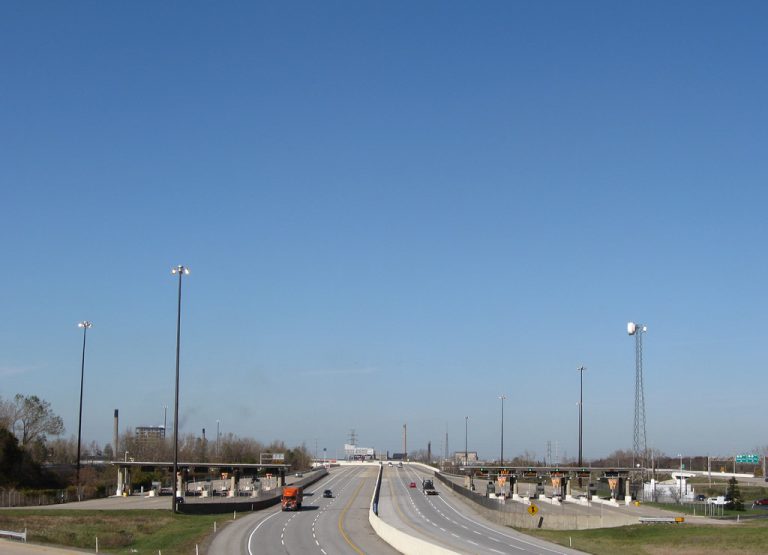