Opened in 1962, Interstate 189 provides a short freeway connection between U.S. 7 (Shelburne Road) and I-89 in South Burlington. The four lane freeway is posted at 55 miles per hour. Extensions of Interstate 189 west were planned to tie the route into the Burlington Belt Line in 1965 and Downtown Burlington via the Southern Connector in 1979. 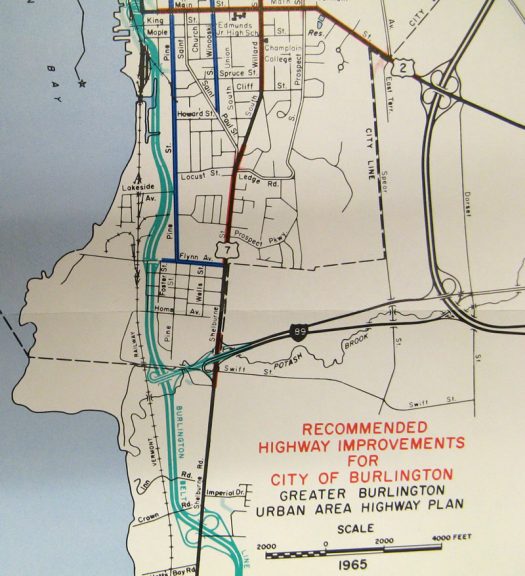 Map from the 1965 Greater Burlington Urban Area Highway Plan showing the Burlington Belt Line and the western extension of Interstate 189. 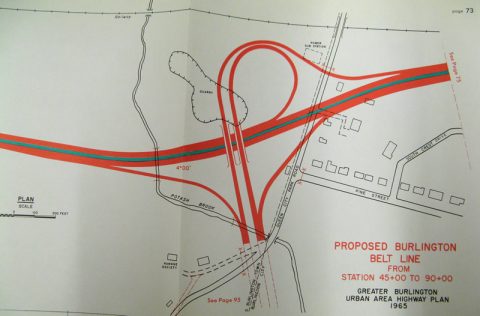 Detail of the trumpet interchange envisioned between the west end of Interstate 189 and the Burlington Belt Line from the 1965 Greater Burlington Urban Area Highway Plan.

1980s plans focused on an alternate route for the Southern Connector, with Lakeside Avenue and Pine Street considered as corridors extending north to Downtown.1 The interchange between I-189 and U.S. 7 was originally configured as a trumpet, with a direct connection from westbound to southbound. That ramp was later closed and now all westbound traffic ascends to a signalized intersection with U.S. 7.

Plans shifted in the 1990s on the renamed Champlain Parkway to turn through more residential areas. These were scaled back by the early 2000s from a four lane to two lane roadway. Main Street was the designated endpoint. Approval for the project was granted by District 4 Environmental Commission on April 27, 2012. Subsequent legal hurdles arose, halting momentum on the project to the issuing of a land-use permit by the Environmental Commission on August 25, 2014. Plans continue into 2015 with the route intended to connect Pine and Battery Streets through the eastern edge of the Vermont Railway yard.1 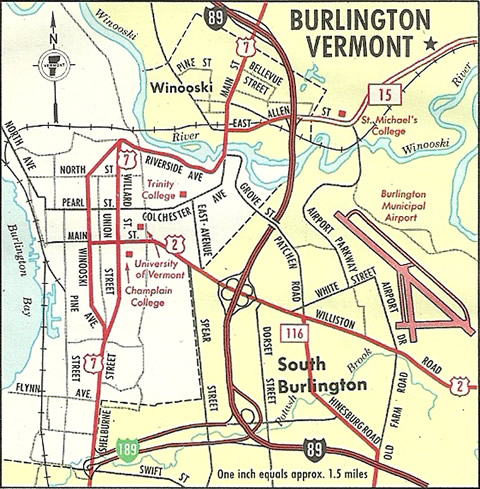