Interstate 195 was initially planned as Interstate 95E, and exists today as a 44.55 mile spur from Providence, Rhode Island east to Falls River, New Bedford and Wareham, Massachusetts. In addition to serving the aforementioned cities, Interstate 195, in conjunction with Route 25 and the U.S. 6 freeway (Mid-Cape Highway), serves Barnstable County and the greater Cape Cod resort areas.

Construction commenced on I-195 in 1958 from Providence east to New Bedford. The original 25.8 mile extent of the Interstate to Massachusetts 18 was completed in 1966. The freeway east from New Bedford to Wareham was proposed as relocation of U.S. 6 until 1968, when I-195 was applied to the future route. Work extended the freeway east 14.3 miles from Massachusetts 18 to Interstate 495 between 1968 and 1974.1 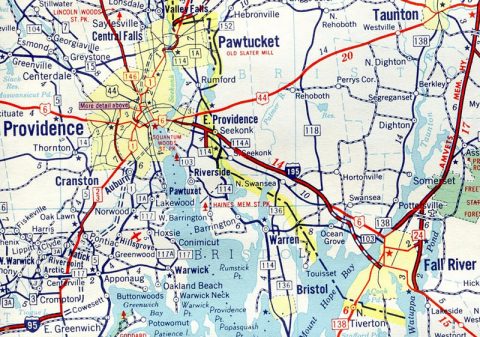 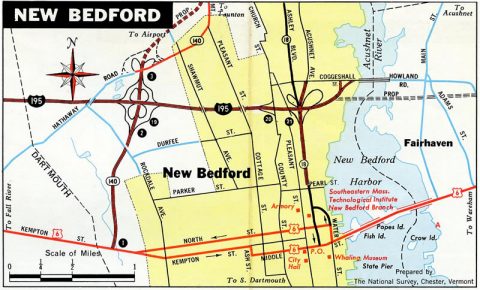 New Bedford - 1971
The exit numbering convention for I-195 extended the sequence from Rhode Island until 1974, when numbers were reset at the Massachusetts state line.1