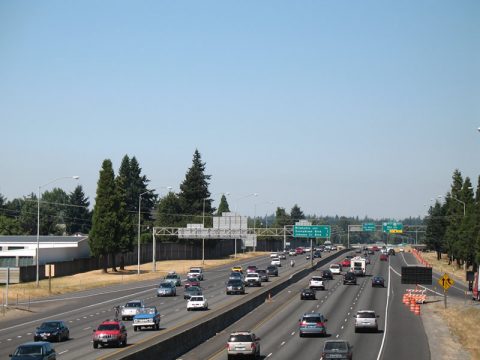 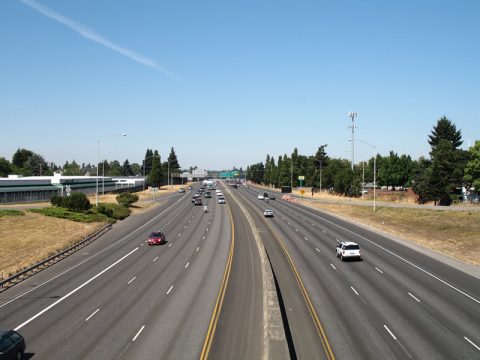 Interstate 205 is the eastern bypass route around the Portland metropolitan area. With a modern design and additional travel lanes, regional traffic headed north to Seattle or south to Salem generally uses I-205 in lieu of I-5. Southbound Interstate 205 begins in Salmon Creek, Washington, where it splits from Interstate 5. From there it travels through Vancouver and crosses the Columbia River into Oregon. Known as the East Portland Freeway in Oregon, it heads through the eastern neighborhoods of Portland in Multnomah County.

The mile based exit numbers for I-205 originate in Tualatin, Oregon and continue to the north end in Washington State. I-205 extends 10.57 miles into the Evergreen State.