Interstate 225 connects Interstate 25 near the Denver Technology Center at Hampden South in the city of Denver with Interstate 70 near the interchange with Pena Boulevard. The belt route circles northeast through the city of Aurora from Cherry Creek Reservoir and State Park to Adams County and the Denver city line at the Stapleton and Montbello areas. 2015 traffic counts along the commuter freeway range from 145,000 vehicles per day north of SH 30 (Exit 9) to 149,000 vpd by Cherry Creek Dam.

Interstate 225 was constructed in stages between 1964 and 1976, starting at Interstate 70 and working its way gradually south. The specific milestone dates of the various segments are as follows:1 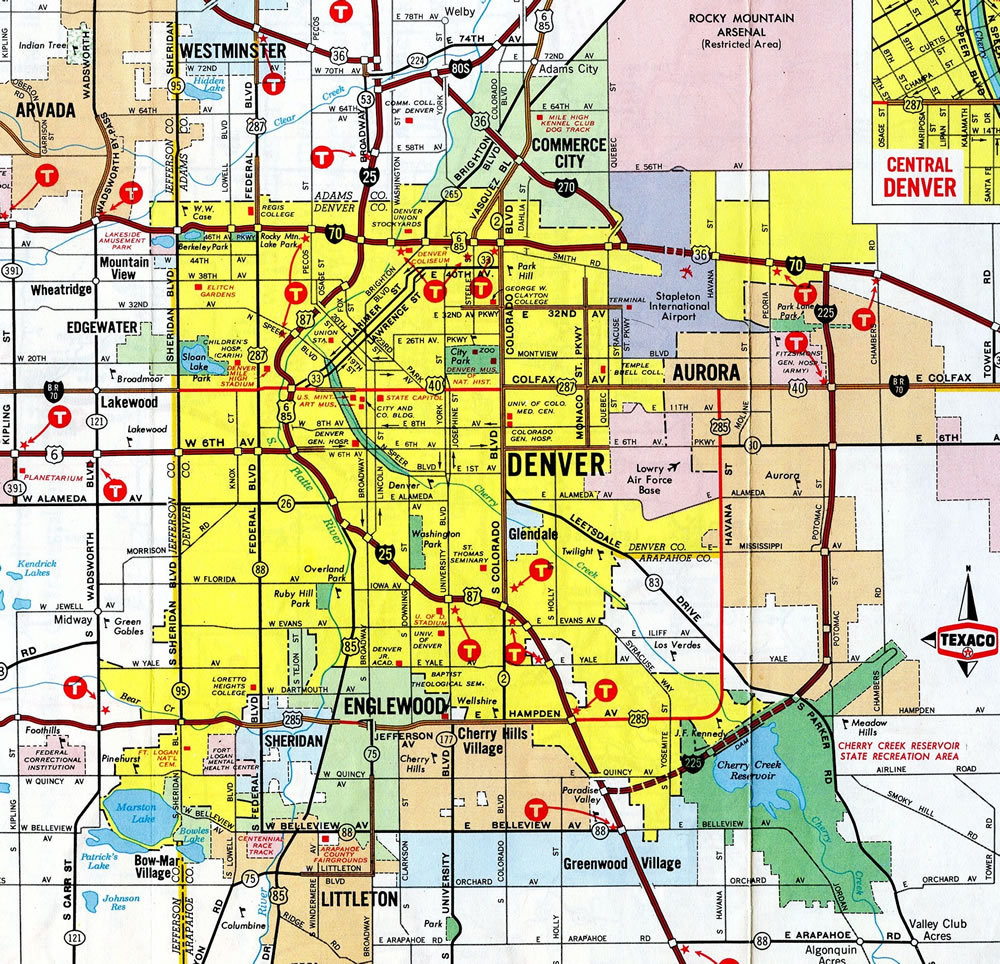 Additional widening, from July 2010 to summer 2011, added a lane in each direction of Interstate 225 from East Mississippi Avenue (Exit 7) to East 2nd Avenue (just south of Exit 9). The $20.3 million project brought the suburban freeway to six overall lanes from Exit 7 north to I-70. The $43 million upgrade of the Colfax Avenue interchange was underway at the same time.2

Widening of the last four-lane portion, from Exit 7 south to SH 83 (Exit 4), was completed in fall 2014. The overall expansion of I-225 was designed to accommodate a new 10.5 mile stretch of light rail (the R-line) through the corridor.3 The final segment of the 22 mile long R-line opened to the public in the city of Aurora on February 24, 2017.4