The southern beltway around Birmingham, Interstate 459 varies between four and six lanes and carries a 65 to 70 mph speed limit. It is the preferred route for Interstates 20 and 59 through traffic in the area.

Initial construction of the Birmingham bypass commenced in 1968.2 Interstate 459 first opened between Interstates 20 and 59 northeast of Birmingham, which occurred by 1978. The final stretch of Interstate 459 to open was the 5.2-mile segment from south of Bessemer to Alabama 150 at a cost of $28.7-million.1 The freeway was completed by the end of 1984.3

Road work along Interstate 459 involved the expansion and redesign of the congested interchange (Exit 19) with U.S. 280 near Mountain Brook. A three-phase project was planned to address problems with the busy junction. Phase I saw the widening of the U.S. 280 overpasses over Interstate 459 and the widening of a four-lane bottleneck at the east entrance to the Summit Shopping Center. Next completed was the realignment and extension of the right-hand turn lane from Interstate 459 northbound to U.S. 280 eastbound. Exit 19 sees ramps from both directions of Interstate 459 combine ahead of the northbound ramp end with U.S. 280. The bridge above Colonnade Parkway was expanded to accommodate two lanes for each direction of U.S. 280. Phase II of the project, scheduled to start in summer 2004 but never completed, entailed the construction of new flyover ramps from U.S. 280 west onto Interstate 459 south and north. This would have eliminated the U.S. 280 ramp to Blue Lake Drive, with a relocation of Blue Lake Drive to Grandview Parkway. $24 million was previously earmarked for this phase of the roadwork. Proposed Phase III focused on the construction of a half-mile long flyover ramp from Interstate 459 north to U.S. 280 west.1 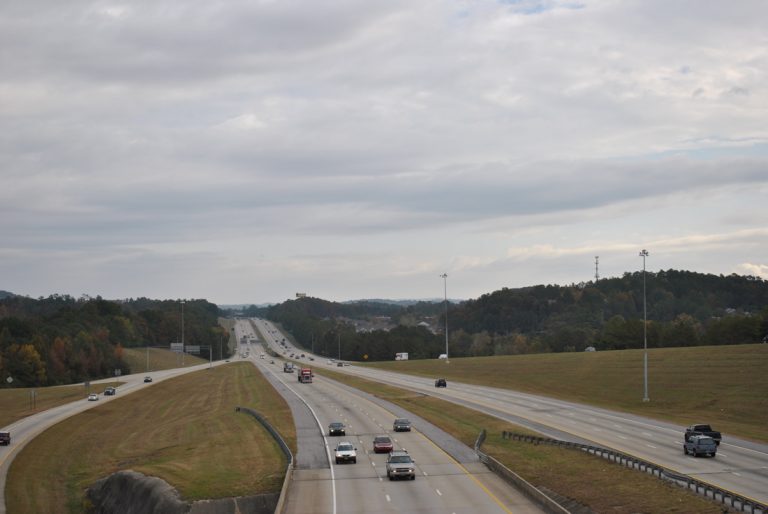 Interstate 459 passes under the I-65 mainline at their systems interchange near Patton Chapel. Photo taken 11/03/11.

The Birmingham Northern Beltine (proposed Interstate 422) is slated to run from the south end of I-459 northeast to I-22 (between Exits 87 and 89) and I-65 (north of Exit 272) and east to Interstate 59 (south of Exit 148) for a distance of 52 miles. Work on the initial 3.4-mile segment of the North Beltline, between Alabama 79 and 75, was delayed due to environmental concerns.4 Construction finally got started on February 24, 2014 involving a $46-million project to build 1.34-miles of roadway.5 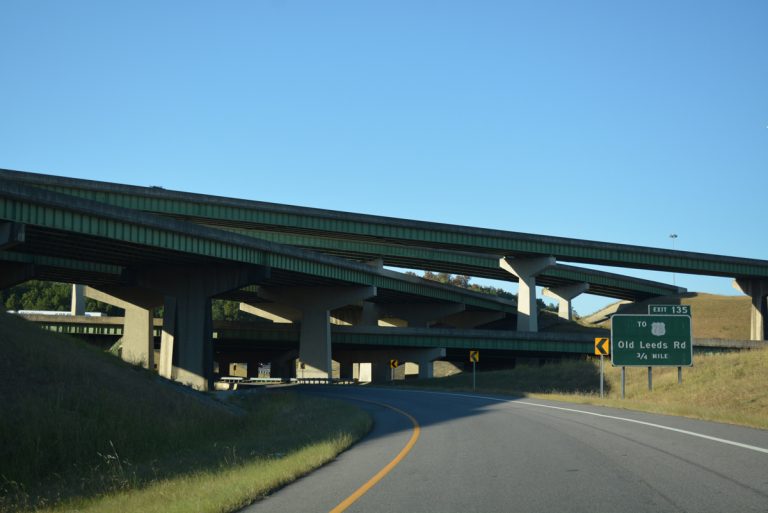 A second four level interchange along Interstate 459 joins the belt line with I-20 at Irondale. Photo taken 10/08/16.