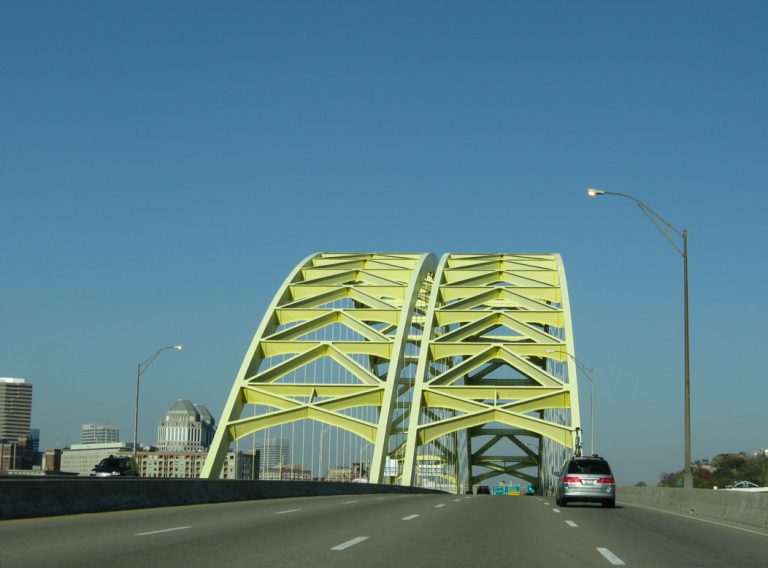 Better known by its nickname, the Big Mac Bridge, the Beard Bridge over the Ohio River opened in September 1976 as a local route between city streets in Cincinnati and Newport. 11/08/09

Interstate 471 provides one of two freeways from the Covington, Newport and Bellevue urban area in northern Kentucky to central Cincinnati. The freeway connects the Dan Beard Bridge to I-71 in Ohio with I-275 and U.S. 27 at the city of Highland Heights. The six lane highway comprises a commuter route through the cities of Southgate and Fort Thomas to the Newport Pavilion retail area and Downtown Cincinnati.