Interstate 610 forms the inner loop around Houston. The beltway was originally designated as Loop 137, which was directly replaced by IH 610.

Interstate 610 was progressively reconstructed through the mid-2000s, with work occurring on the heavily trafficked West Loop. The West Loop reconstruction project ran in tandem with rebuilding of the IH 10 / IH 610 west interchange to 2007.

Plans for Loop 610 date back to 1931, but construction did not begin in earnest until after World War II on the north side of the city. With the advent of the Interstate Highway System, Loop 137 was extended around the west and south sides of the city in 1955, but not the east side.

Interstate 610 was extended around the east side of Houston in 1962, completing the loop. The first section open to traffic was between IH 45 and Hardy Street in 1960, followed by the upgrade of Loop 137 along the northeast side, between Kelley Street and IH 10, in 1964. 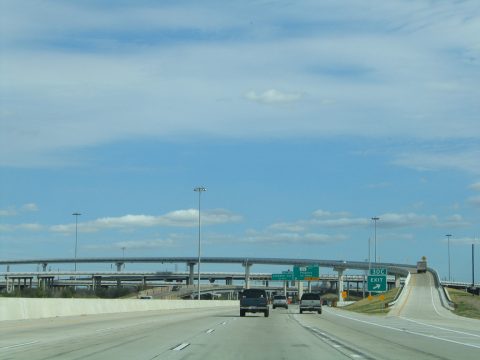