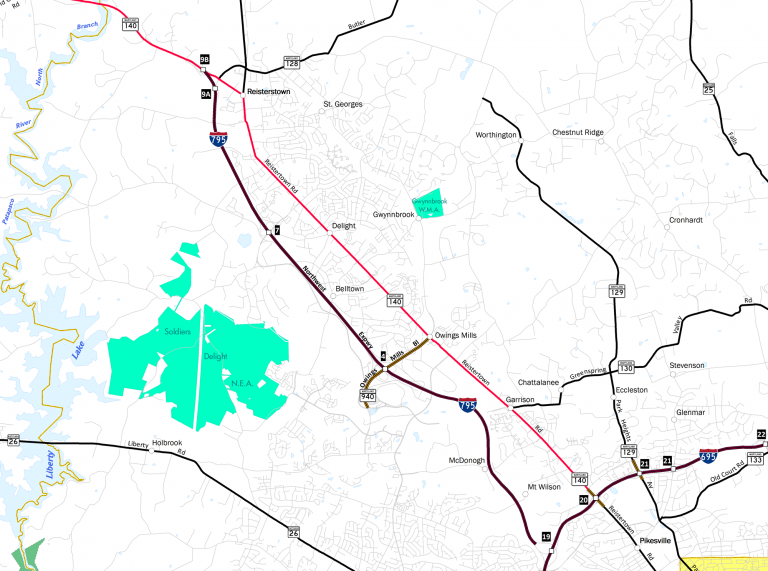 Interstate 795 opened between November 1985 and October 1986 between the Baltimore Beltway (Interstate 695) and Reisterstown. Named the Northwest Expressway, I-795 serves the Owings Mill Metro Station and commuter interests northwest to MD 140 and Westminster.

Construction of the Northwest Expressway was partially responsible for the removal of U.S. 140 from the US Highway system. MD 140 parallels Interstate 795 to the east as the main arterial between Pikesville and Reisterstown. U.S. 140 was dropped in 1977.

The Northwest Expressway ends to the south at Interstate 695 near Pikesville. It was originally slated to continue southeast to Wabash Avenue in Baltimore. The stub at the north end of Wabash Avenue alludes to this plan. Community opposition ultimately killed any work on the route within the Beltway. 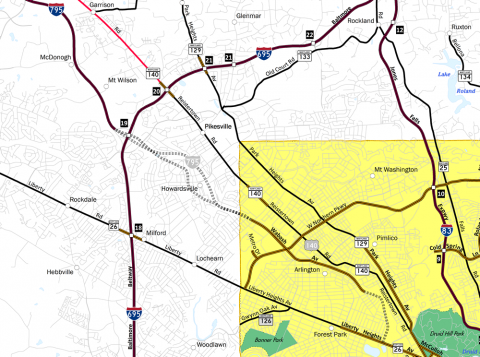