Traveling west from Interstate 25 and University Boulevard across South Valley and north to I-40 on the outskirts of Albuquerque, New Mexico State Road 500 forms a 12.35 mile loop. The original extent of NM 500 comprises a four lane arterial route between NM 45 (Coors Boulevard) and I-25 at Exit 220. A mileage exchange between the New Mexico Department of Transportation (NMDOT) and Bernalillo County in 2010 extended NM 500 west along Dennis Chavez Boulevard and north along Atrisco Vista Boulevard to I-40 at Exit 149. This two lane section serves suburban areas south along Unser Boulevard and opens up land on the plateau overlooking the Rio Grande Valley to future development.

Prior to the extension of NM 500 to the West Side of Albuquerque, separate interchanges connected Interstate 40 with Central Avenue (Historic U.S. 66) and Paseo del Vulcan, the former name of Atrisco Vista Boulevard. Funded by the American Recovery and Reinvestment Act, $27 million in construction consolidated the wye and half diamond interchanges into a single exchange. Work ran from June 2009 to June 24, 2010.1 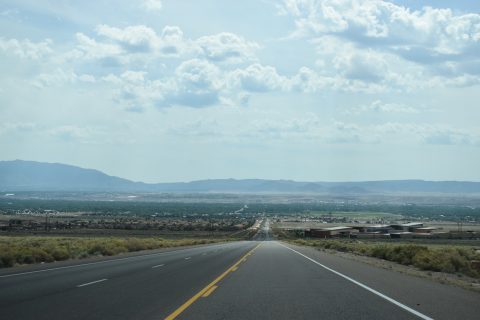 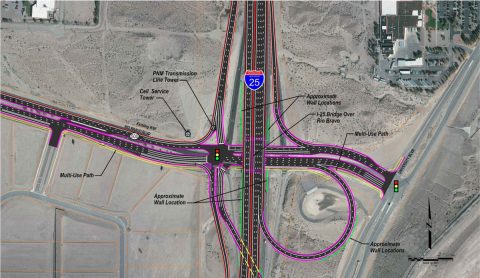