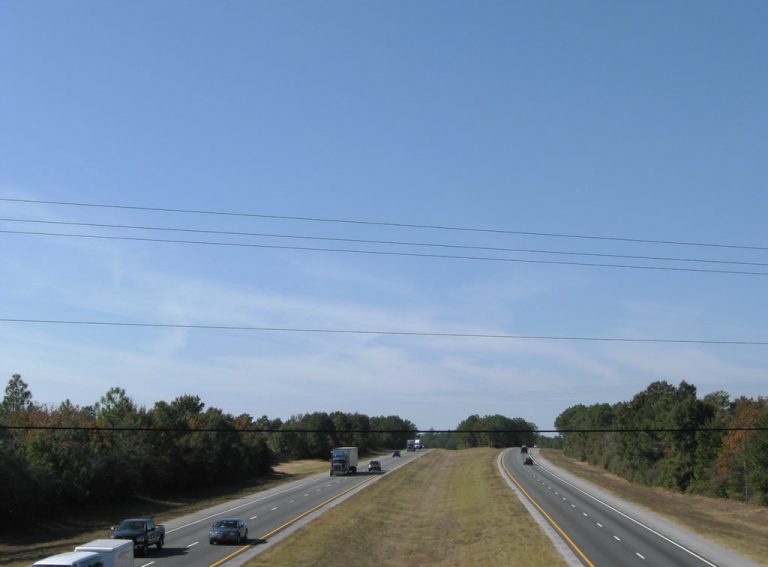 Eglin Air Force Base separates coastal Okaloosa County from Crestview, the county seat, and the rural northern half. County Roads generally exist north of Interstate 10 in a partially signed fashion. County Roads in Niceville and Destin are all unsigned with the exception of County Road 2378 (which officially exists as County Road 30). County Roads are numbered between the 100 and 300 series to coincide with State Roads 10 and 30. A few exceptions exist in the form of County Road 602 and three unsigned urban routes in Crestview.

Construction of PJ Adams Parkway replaced County Road 4 (Antioch Road) eastward from near Williams Branch. This resulted in 2.583 miles of Antioch Road, from Garrett Pit Road east to State Road 85, to be turned back in 2011.

Okaloosa County 4B, like County Road 4A north of Baker, acts as a cutoff. Following Charlie Day Road for 1.21 miles, CR 4B links County Road 189 (Galliver Cutoff) to the west with State Road 4 to the east in a rural area west of Crestview.

Two segments of County Road 85A remain in service within Okaloosa County. The northern most branch follows an old portion of SR 85 along 2nd Avenue for 1.26 miles within the city of Laurel Hill. An unsigned CR 85A follows Bill Lundy Road northwest 4.14 miles, from SR 85 near Garden City, to Clear Springs.

A 4.43-mile stretch of Okaloosa County 85A, from the Alabama state line east on New Ebenezer Road to 3rd Avenue in Laurel Hill, was removed from the system after 2010. Cinco Bayou and Fort Walton Beach was home to another CR 85A along Yacht Club Road, between SR 189 (Beal Parkway) and Ferry Road. Signage for the west end remained in place to 2013.

County Road 188 forms an S-shaped route in the Crestview area, from U.S. 90 to the west and Florida 85 at Garden City to the north. A separate State Road 188 serves the Fort Walton Beach area along Racetrack Road as well.

The segment of County Road 189 southward from Holt to Interstate 10 was truncated 0.802 miles northward in 2011, from Whippoorwill Drive to the diamond interchange (Exit 45).