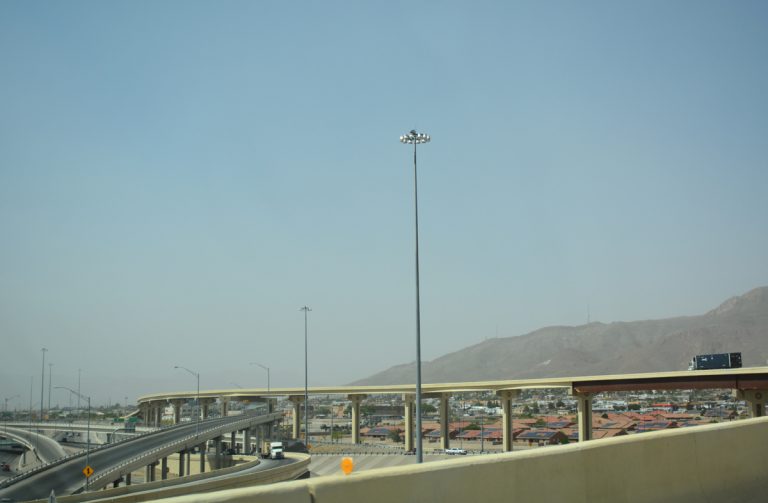 Spur 601 is a 7.28 mile long freeway through eastern El Paso and Fort Bliss Military Reservation. Named the Liberty Expressway by El Paso city council on March 16, 2010,1 the east-west route connects U.S. 54 (Patriot Freeway) at Fred Wilson Avenue with Loop 375 (Purple Heart Memorial Highway) in Fort Bliss. Completion of Spur 601 supported a personal increase of 34,000 at Fort Bliss through 2013 authorized by the U.S. Department of Defense. The freeway also provides relief to Interstate 10 for the East Side of El Paso.1

Construction on the Inner Loop started in 2007. The initial phase of the four-lane freeway was completed on May 29, 2009. Costing $55 million, the section opened to traffic from Global Reach Drive, near El Paso International Airport (ELP), east to Loop 375. The overall project cost $365 million, with financing provided by the sale of $237 million in bonds by the Camino Real Regional Mobility Authority in 2008.1,2

The Texas Department of Transportation held an opening ceremony on April 27, 2011 to mark the completion of the Liberty Expressway. Spur 601 was built with six lanes west of Airport Road, and four lanes east of Airport Road with additional right-of-way available to add a lane for each roadway. Work on the project was substantially completed by January 2011.3