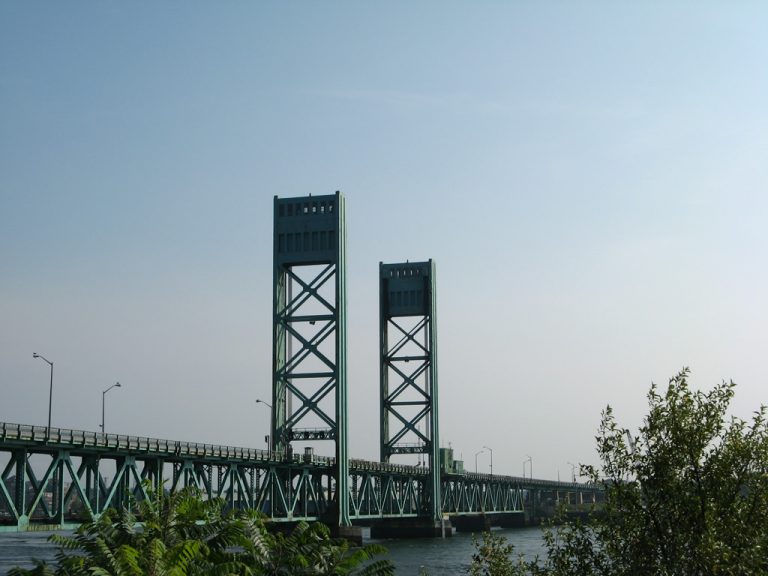 U.S. 1 Bypass provides an alternate route to U.S. 1 across the Piscataqua River between Portsmouth, New Hampshire and Kittery. The US route leads northward from Lafayette Road in Portsmouth, New Hampshire along an urban expressway to Portsmouth Circle, where U.S. 4 west and NH 16 (Spaulding Turnpike) begin. Turning east from the circle and ramps to I-95, U.S. 1 Bypass travels below Woodbury and Maplewood Avenues and crosses the Piscataqua River between Nobles Island and Oak Terrace within the town of Kittery, Maine. The route angles more northerly through Kittery to an interchange with State Route 236 at Remicks Corners ahead of the merge with U.S. 1 near Spruce Creek.

Changes to U.S. 1 Bypass in Portsmouth were made between September 18, 2012 and August 2014 with the replacement of the wye interchange at Lafayette Road (U.S. 1 north into Portsmouth) with an at-grade intersection. The $4.8 million project1 at Lafayette Road preceded work through Fall 2016 to replace overpasses at Middle Road, Islington Street, Woodbury Avenue, Stark Street and Maplewood Avenue.2 The bridges between Lafayette Road and Portsmouth Circle dated to 1939.1

Further work between 2015 and late 2017 focused on replacing the 1940-built Sarah Mildred Long Bridge across the Piscataqua River. The $170 million project was funded jointly by the Maine and New Hampshire Departments of Transportation.2 Preliminary work consolidated the connectors from U.S. 1 Bypass to State Route 103 at Oak Terrace. Traffic lights were activated on January 22, 2015 at a new intersection with Bridge Street.2 The new traffic pattern provided connections from U.S. 1 Bypass south to Bridge Street and from Bridge Street to the Piscataqua River bridge, eliminating the previous movement along the Oak Terrace loop.

The Sarah Mildred Long Bridge closed to traffic permanently on August 21, 2016, following the failure of a mechanism used in lifting the center span to accommodate boating traffic. The bridge was slated for removal on November 1, 2016. The time needed and costs associated with repairing the lift mechanism, coupled with the pending removal of the span, led officials to raise the bridge and ultimately remove the center span.3 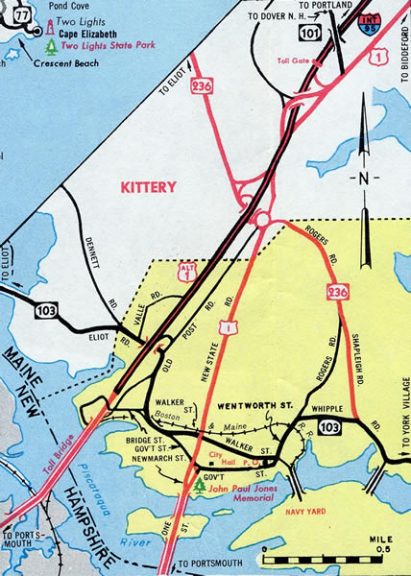 Until 1972, U.S. 1 Bypass provided the connection between the Maine and New Hampshire Turnpikes. The free section of Interstate 95 between the two toll roads was built in response to traffic congestion along the non-limited access U.S. 1 Bypass. 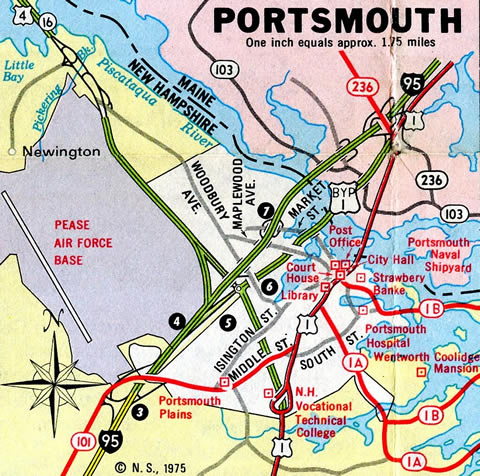 The 1975 Official New Hampshire Highway Map showed all of U.S. 1 Bypass as a limited access highway.