U.S. 23 extends just 37.9 miles south into the Sunshine State, mostly along shared alignments with U.S. 1 and 301. The route joins the Nassau County town of Callahan with Jacksonville to the south and Folkston, Georgia to the north. The 2.549 mile segment of U.S. 23 along New Kings Road and Kings Road through Grand Park and Mid Westside in Jacksonville represents the lone stand alone portion of the route in Florida. Prior to 2006, U.S. 23 ran solo from I-95 to U.S. 1/17 (Main / Ocean Streets) as well. That changed with the realignment of U.S. 17 to overlap with U.S. 23 along the couplet of State and Union Streets. 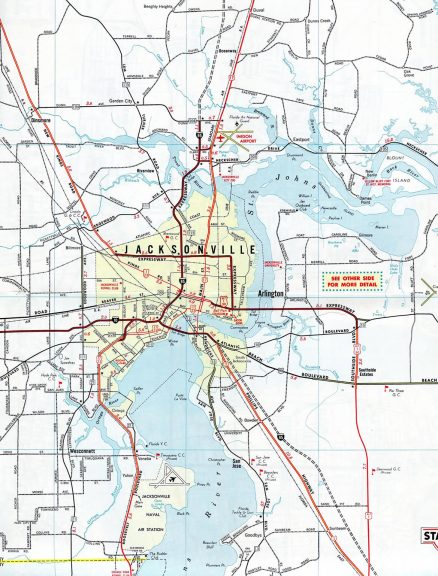 A General Drafting Map from 1964 showed U.S. 17/23 overlapping south from Jacksonville to Palatka. It appears that this was a cartographic error as the route was never posted south from Downtown.