U.S. 67 enters Iowa from Rock Island, Illinois across the Mississippi River on the Centennial Bridge. The route overlaps with U.S. 61 Business in Downtown Davenport before heading east to the Bettendorf Riverfront along River Drive. The US highway mirrors the Mississippi northeast from the Quad Cities as a Great River Road to Le Claire, Princeton, Camanche, Clinton and a rural end at U.S. 52 and Iowa 64 near Sabula. 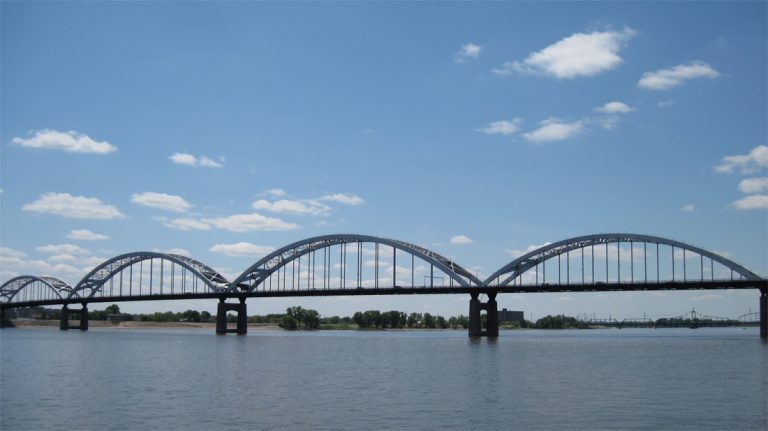 The Centennial Bridge spans the Mississippi River in this view southwest from LeClaire Park on the Davenport Riverfront. Photo taken May 9, 2010.

The Centennial Bridge opened on July 12, 1940. The four-lane span links the Centennial Expressway in Illinois with River Drive in Iowa. Tolls were charged on the steel arch bridge until May 2, 2003.1 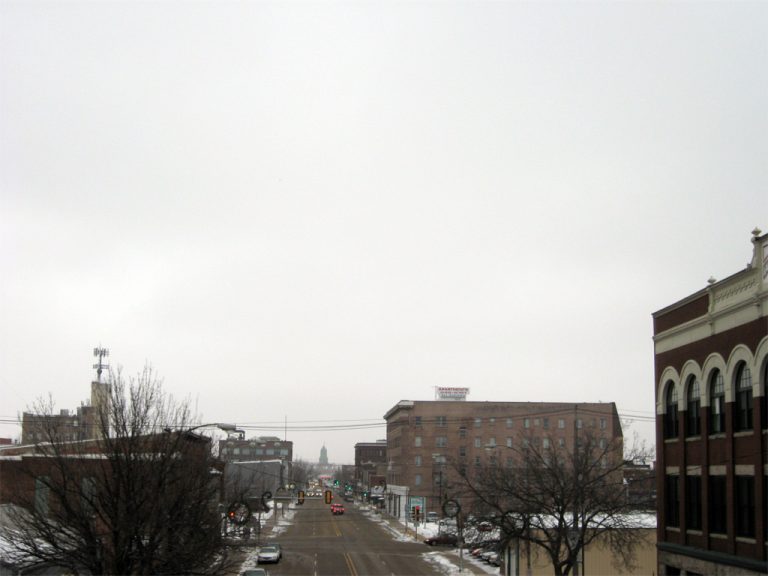 The view north from the Gateway Bridge at the intersection of 2nd Street and 7th Avenue in Downtown Clinton. U.S. 67 turns from 7th Avenue South to the left onto South 2nd Street straight ahead as part of its alignment through the city. Photo taken December 21, 2009.