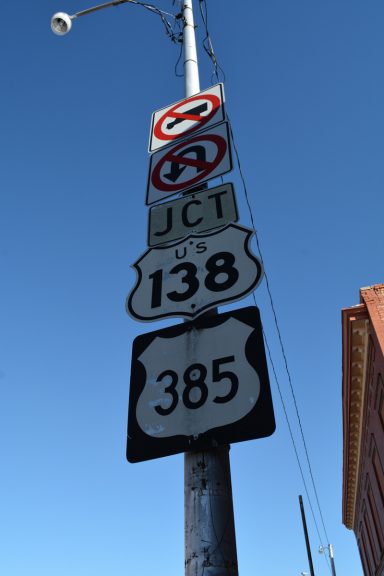 U.S. 385 is a very long route, serving the Great Plains between Big Bend National Park in Texas and Lead, South Dakota. The highway was created all at once, in 1959 as a major addition to the U.S. Highway System. Through Colorado, U.S. 385 enters the state paired with U.S. 287 in Comanche National Grassland. The routes divide at Lamar, with U.S. 385 traveling east briefly with U.S. 50, then turning north again at Granada and U.S. 400. From there, U.S. 385 passes through Cheyenne Wells, Burlington, Wray, Holyoke and Julesburg before leaving the Centennial State and entering Nebraska just south of Chappell.