SR 201 runs 18.10 miles from a wye interchange with I-80 at Lake Point Junction by Great Salt Lake to U.S. 89 (State Street) south of Downtown Salt Lake City. Western reaches of the state route vary between a five-lane boulevard and four lane divided highway. The route between 7200 West and I-15/80 is known as the 21st South Freeway due to its position generally along 2100 South. The freeway connects West Valley City with industrial areas of west Salt Lake City and the south end of the I-15/80 overlap. The state route designation continues for a short distance on surface streets (2100 South) between ramps west of I-15/80 (900 West) and U.S. 89 (State Street).

Until 1976, what is now SR 201 was signed as Alternate U.S. 50. When Alternate U.S. 50 was decommissioned, the east-west segment between Magna and Salt Lake City was designated as Utah 201, which was the legislative designation. 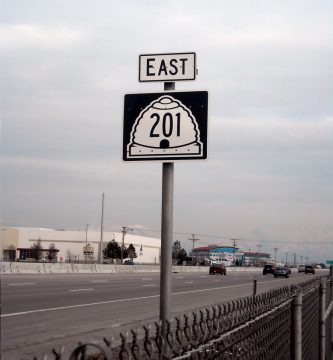