The dual spans of Rickenbacker Causeway accommodate six overall lanes of traffic across two sets of bridges. The 3,629 foot long main span across Biscayne Bay, the Willam M. Powell Bridge, was constructed in 1985.1 The 2,102 foot long span across Bear Cut between Virginia Key and Key Biscayne was rebuilt in 1983.1

The bridge and causeway system is named for Edward Rickenbacker, who lived between 1890-1973. Rickenbacker had a busy career, starting as a fighter pilot in World War I. He became president of Eastern Airlines in 1938; during World War II he became stranded at sea while traveling the Pacific Theatre of the war. After being rescued, Rickenbacker returned to work at Eastern Airlines, which grew into one of the dominant airline companies of its era. 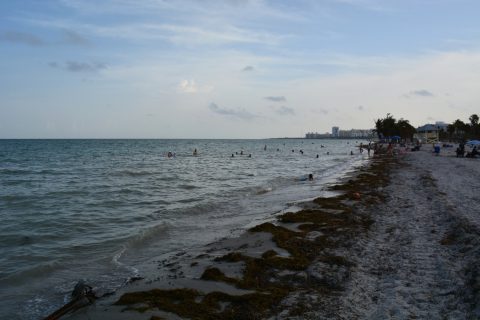 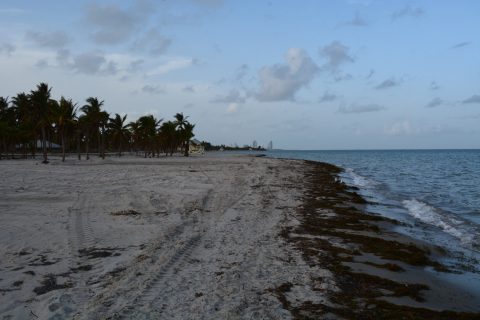 The Atlantic Ocean at Crandon Park on Key Biscayne. 10/01/17